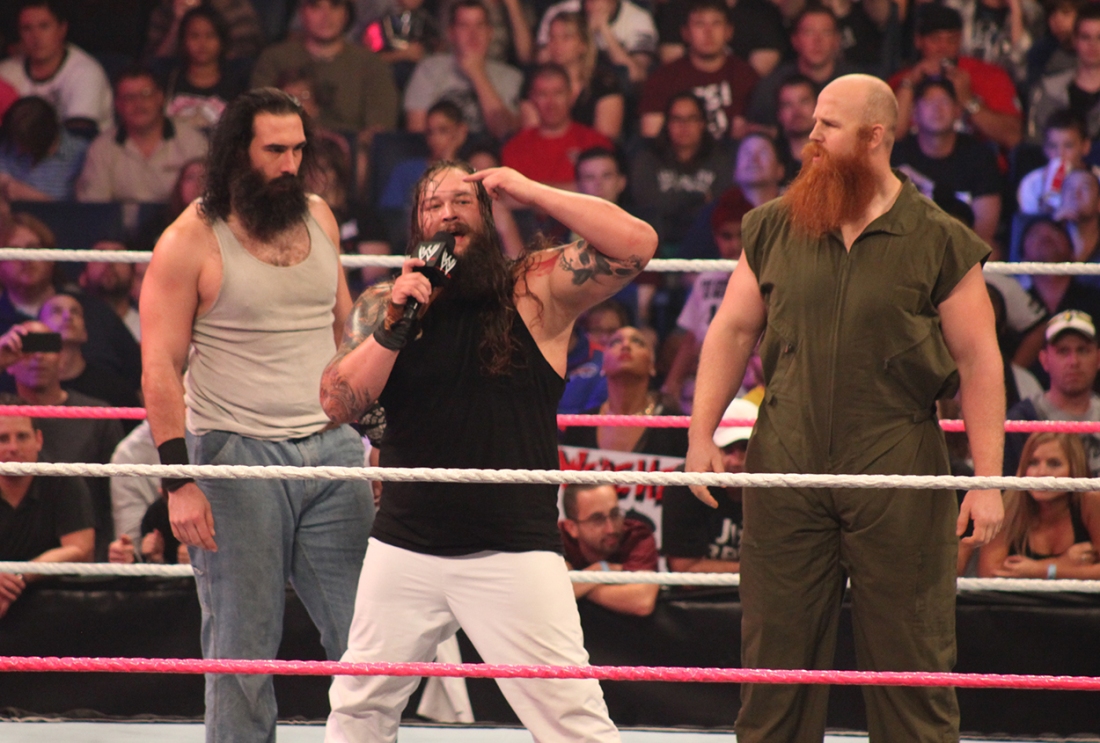 WWE Superstar Luke Harper – now known as HARPER (one-half of WWE Smackdown Live’s hottest tag team, the Bludgeon Brothers) is a Rochester, NY native – and before he was traveling the world for World Wrestling Entertainment, Luke could be found traveling the highways & byways of Western NY as “Brodie Lee“.

Brodie Lee made a name for himself, and soon was traveling to larger promotions, and even wrestled in Japan in 2012.

Along the way, Brodie Lee also did some Section V High School Hockey announcing for WBGT-TV, the MY Network affiliate in Rochester. It was during one of these broadcasts, when Brodie Lee would get to announce a rarity in the sport.

This Youtube clip from the game, which as of this writing has over 37,000 views – may be the only footage of Brodie Lee announcing hockey available – and one can guess with confidence, that no one among the 37k who viewed it, had any idea a soon-to-be WWE Superstar was doing the play-by-play.  That is, unless the hidden Taz reference didn’t give it away…

The Bludgeon Brothers debut from a WWE Live Event – November 2, 2017