Everyone’s favorite Pro Wrestling/Comedy show is now On Demand, available on Roku in the US, Canada and the United Kingdom.

10 Episodes from the show’s original run (2004 to 2008) are ready to stream – with more classic content added weekly.

Here’s a rundown on the Original Ten episodes available to watch, right now:

What to Watch for:  The Scotty Bender interview with a young Bryan Danielson is a cant miss.  The interview takes place at a Warrior One Wrestling show in Oshawa, Ontario, Canada.  Bryan talks about his time training with the likes of Shawn Michaels and William Regal, as well as the differences between wrestling in America compared to Japan and the UK.  Also, Bryan finally settles the debate on how his “Cattle Mutalation” hold came to be called that. 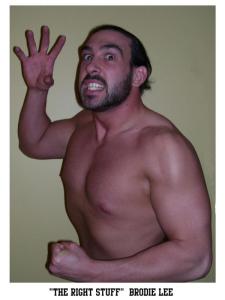 What to Watch for:  Childhood friends meet in the ring, one last time, as Brodie Lee teams with ‘Superstar’ Rob Schulz to battle Sweet Lou and Freddie Midnight, from Roc City Wrestling.  It’s a comedy match, and alliances are born and torn apart quickly.  It’s a return to the ring where his professional career started for Brodie, and a reminder of his early comedic wrestling roots. 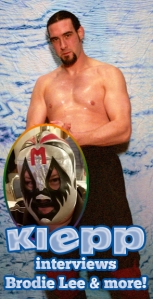 Official Description: Wrestlevision: Where Are They Now? takes a look at some of the WV cast, and what happened to them – plus – Brodie Lee (WWE’s Luke Harper) is interviewed by Uber-fan Klepp! Matt Cross & Josh Prohibition battle the Ring Crew Express and Up in Smoke, in a 3-Way CAGE Match – and from Canada, James Champagne battles Phil Atlas. Hosted by Scotty Bender and Ivan the Impaler

What to Watch for:  The tag team of Josh Prohibition and M-Dogg 2o (Matt Cross) made a name for themselves on the indy scene, and had just won the NWA Upstate tag titles by defeating Austin Aries and Roderick Strong.  Here they showcased their talents against former Ring of Honor tag team Dunn & Marcos, and from Special K, Cheech & Cloudy.  Some great action in this one, but I’d be remiss to not mention the James Champagne versus Phil Atlas match – a great showing from two underrated talents from North of the Border. 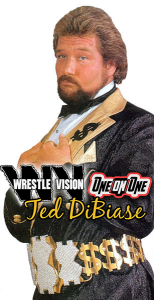 Official Description: Wrestlevision visits with Richie Derwald, and goes One-ON-One with The Million Dollar Man Ted DiBiase – plus Women’s wrestling with Cherry Bomb (Allie from IMPACT) vs Danya, and a grudge match between Eric Everlast and JP Black

What to Watch for:  The Million Dollar Man Ted DiBiase speaks with Scotty Bender about his career, his faith and his ministry – plus he has a really good Andre the Giant story to share.  Also, this episode guest stars Richie Derwald, a celebrity impersonator who brings his all to every role he plays.  Did we mention Cherry Bomb?  You know her now as Allie, on Impact and now in All Elite Wrestling.  See Allie here in one of her early matches in the squared circle.

What to Watch for:  Sometimes on Wrestlevision, you just have to have fun with what you see in the ring… or at least, entertain yourselves.  Ivan the Impaler goes into “full shoot” mode during the main event, breaking kayfabe and even he doesn’t know what he might say – and for that, we are all eternally grateful.  Also, WWE’s Luke Harper is involved, so it’s like… historically significant?  Maybe?

What to Watch for:  Before he was the “Big Rig” Brodie Lee, and after he was “Huber Boy 2″… WWE’s Luke Harper was known as “The Right Stuff” Brodie Lee.  Together with his tag partner, Freddie Midnight, they were known as “Big N Tasty”.  The match against Hellcat and Spazz, takes place at the wrestling school, Kayfabe Dojo, where Brodie was a student, and Hellcat (along with ‘Sik’ Rik Matrix) were the teachers.

Official Description: The guys get Lost in Batavia and look for stuff to do (Ricky Williams found stuff to do while in Batavia, right?), and One-ON-One interviews with Christopher Daniels, Nattie Neidhart, Harry Smith, Cody Steele and Derek Wylde from the Ballpark Brawl. Starring Scotty Bender & Ivan the Impaler.

What to Watch for:  A show loaded with interviews, including the still-kinda-new to the business, Natalya (Nattie Neidhart).  It was one of her first matches in the United States, and Nattie handled the interview like a pro.  She traveled to the event with TJ Wilson (her now husband, WWE’s Tyson Kidd) and her cousin, Harry Smith (son of the British Bulldog, Davey Boy Smith).  And, in case anyone is curious about Ricky Williams’ baseball career… https://www.baseball-reference.com/bullpen/Ricky_Williams 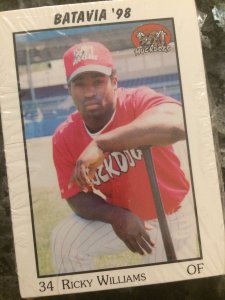 What to Watch for:  A brief tour around Frontier Field, home of the Triple-A Rochester Red Wings, provides Ivan the Impaler opportunity to do some baseball schtick – which is a nice corollary to the comedic work on display in the ring, when Colt Cabana takes on Brodie Lee.  Never one to take himself to seriously, don’t underestimate the technique and skill of the former Scotty Goldman.  At ringside for the match, Brodie’s “Bruise Crew” partners, Colin Delaney and Jimmy Olsen. A dozen years later, Brodie and Colin met up in the WWE on an episode of Smackdown.

Official Description: A Special 2-Part Spring Break episode finds the Wrestlevision crew in Hollywood, getting into all manner of trouble! With Buff Bagwell in action vs Kage, and Buff goes One-ON-One with Ivan the Impaler! Plus, Petey Williams meets Kevin Dunn from the Ring Crew Express, and Bison Bravado takes on Havok!

What to Watch for:  A road trip with many highlights, but the real lesson of the episode is… Buff is the Stuff.  Bagwell’s match from Roc City Wrestling and subsequent One-on-One with Ivan the Impaler, should be preserved for all-time, so future wrestling historians (of which there will be many), can one day look back at Buff, and finally understand the Buff-ness of it all.  Polaroids were $10, autographs were $20, but seeing Buff re-define “Wrestling”?  Priceless…

In addition to the Original Ten episodes available to stream, there’s some bonus materials to view:

What to Watch for:  Have you seen the show “Bar Rescue”?  Same idea here (it’s called a ‘parody’, not ‘stealing’, thank you very much).  Murph, with his years of wrestling (writing) experience, sets out to do what only he can – improve Indy wrestling.  Thanks to Upstate Pro Wrestling for playing along, especially Hellcat and Ron Falco.

What to Watch for:  Gargano was the rising star, making a name for himself.  Delaney had a year-plus run with WWE as part of the revamped ECW.  Now, back in his hometown, and looking to get back in the spotlight, Delaney has something to prove.