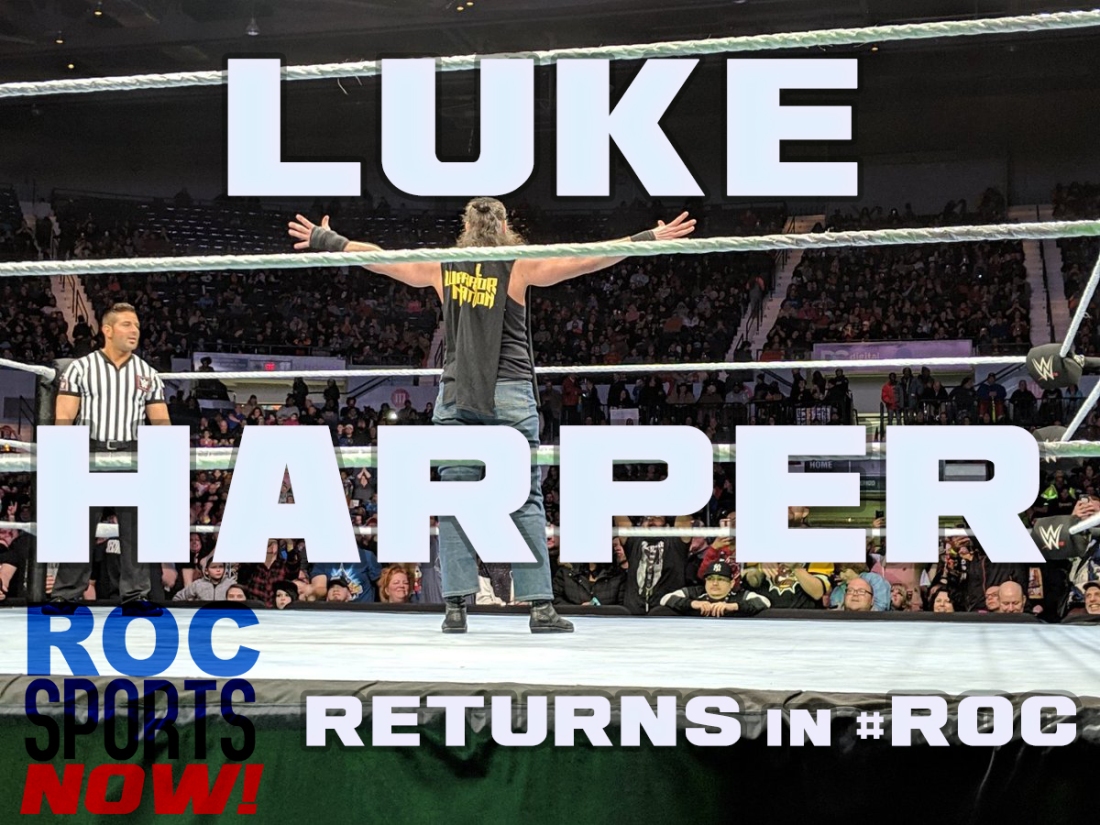 The Road to WrestleMania ran thru Rochester Saturday night, with a “Live Event”  – once called a “house show”.  It’s a non-televised event, which means it’s not beholden to current storylines, per se.  It also means a member of the Smackdown Brand can appear on a Raw Brand event, especially if it’s in his hometown. 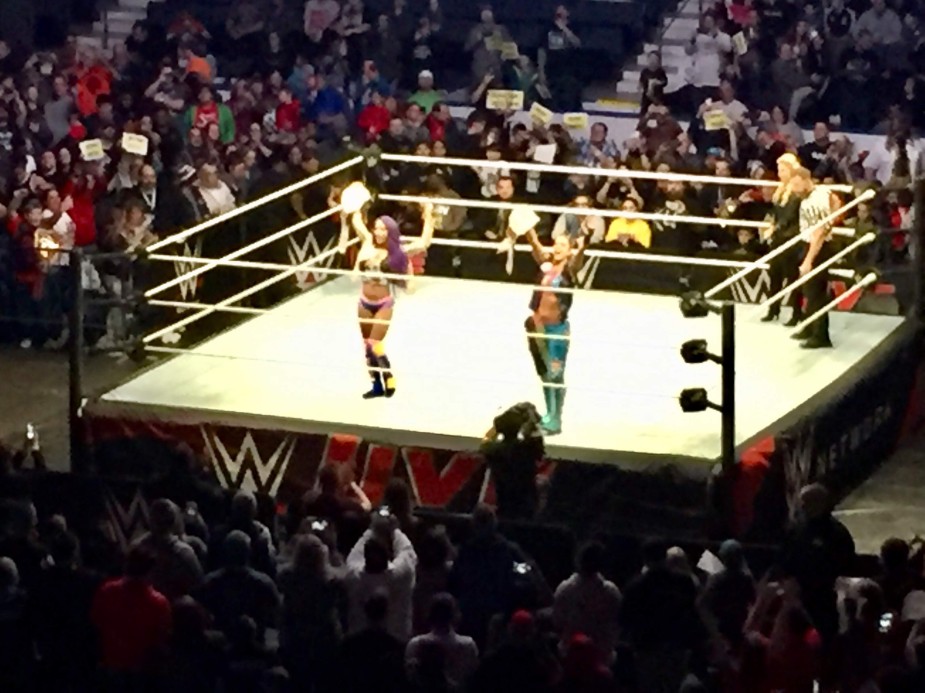 The Show started with the WWE Women’s Tag Champions, the Boss N Hug Connection, defeating the team of Nia Jax and Tamina.

Then a video aired of Mojo Rawley.  It’s a video anyone who has watched WWE programming has seen a few times.  Mojo, in the midst of a character change from his old “Hype Bro” persona, is talking to himself in the mirror.

Mojo Rawley then makes his way to the ring… and the speculation begins.  Who will his opponent be?  No Way Jose?  Tyler Breeze?  Zack Ryder?

Then the music hits…

The crowd responded, and in wrestling parlance, it was the “pop of the night”.  Luke Harper, out for months with a wrist injury, and not seen on TV for 6 months, was back.

It was a personal moment for Luke Harper, the former Brodie Lee who wrestled in Rochester for years, before breaking into the WWE in 2012.  Harper, real name Jon Huber, wore a Webster Schroeder T-shirt to the ring.  Harper and his family reside in Webster, and after the match, Harper’s young son joined him in the ring, again, to much applause. 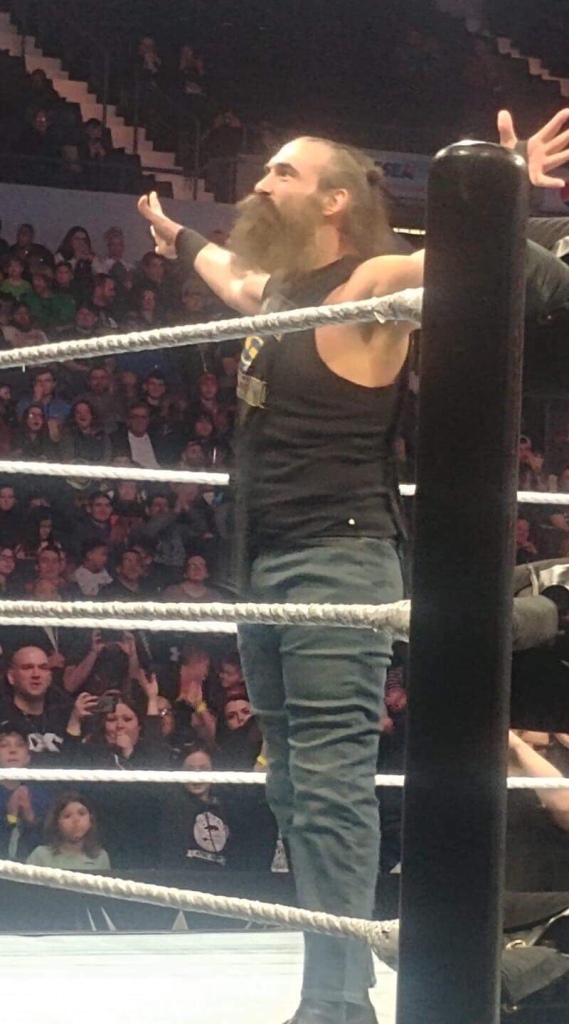 Luke Harper, soaks up the applause from his hometown fans – with a Tear in his eye! (Photo by Steve Fleming)

For a sampling of some of Luke Harper’s work from his time on the independent scene, in and around Rochester, visit the Wrestlevision Youtube page – here’s a playlist.