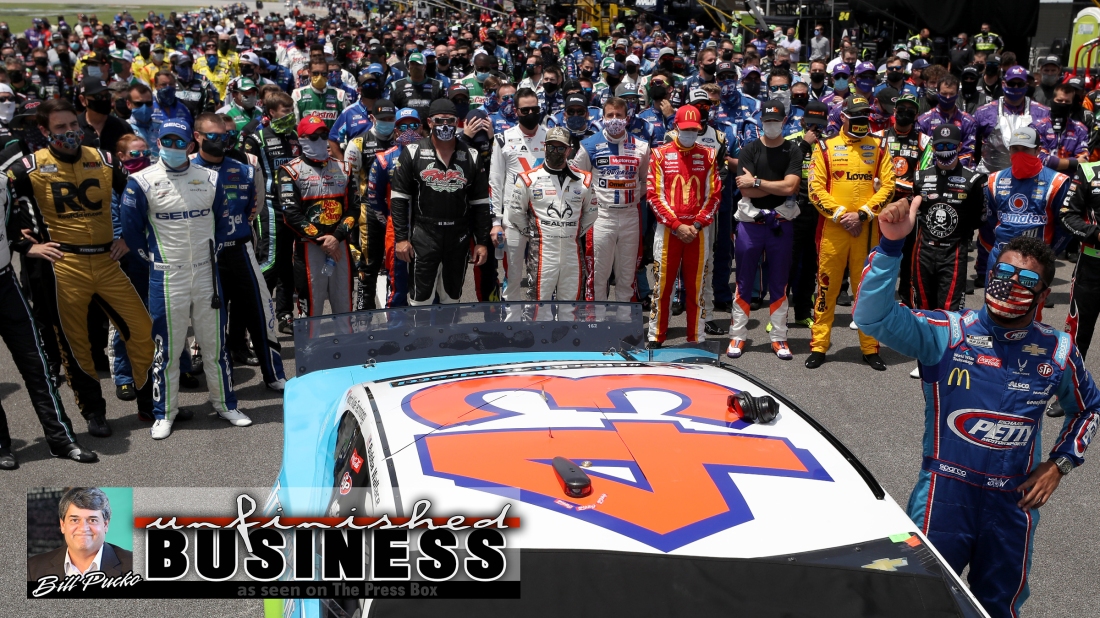 I am not a NASCAR guy. Never closely followed it. Been to a couple of races, including Daytona, and was entertained but found it largely loud and confusing. I mean you can’t tell who’s winning the race.

It is a cultural phenomena. Born in the south. Based in the south. Largely run in the south. It embraces what it means to be in the south – both good and bad. It is not generally a vehicle for social change. No one thought that NASCAR would take a lead role in the Black Lives Matter movement.

It was quite a week. The Confederate flag was banned from races. And, on Monday after reports that a noose was found in Bubba Wallace’s garage area… the entirety of the racing family defined solidarity by entering the Talladega Raceway with Wallace and his team. It was stunning. That the FBI declared the next day that no hate crime had been committed matters little. The incident helped create a moment in time that has only one comparison.

In 1947 when Jackie Robinson was breaking the color barrier as a rookie with the Brooklyn Dodgers… he was getting a particularly tough time in Cincinnati. The Brooklyn shortstop, Pee Wee Reese, crossed the diamond to stand with Robinson – and put his arm around him… silencing the crowd. Reese was from Kentucky. A hardcore southerner. Embracing all it means to be from the south – both good and bad. There is part legend to this story but it likewise doesn’t matter.

Baseball was a little late to the game of life. So was NASCAR. Which makes it all the more significant that they did finally show up.