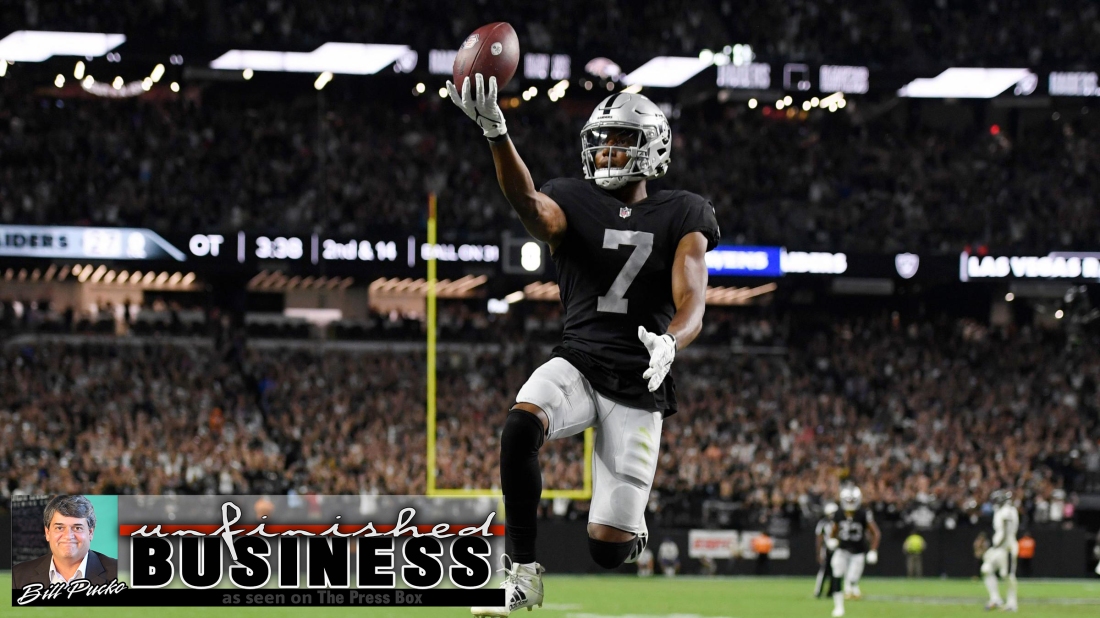 It was like seeing an old friend.  A guy you once knew.  A good guy.  Got into a little trouble and kind of fell off the map.  And then there he was again.

Zay Jones was in that first Brandon Bean draft for the Buffalo Bills in 2017.  Picked in the second round out of East Carolina.  Jones was, and still is, the all-time college football pass-catcher with 399 receptions.  In his senior year, he broke the single-season NCAA pass-catching mark with 158.  He got 22 of those in one game.  So, Zay Jones came to the Bills with a little street cred.

In his first two seasons in Buffalo, Jones played in 31 of the team’s 32 games, and started 25.  Productive to a point, but he… kinda-sorta failed to live up to expectations.  Then, there was that incident.  Suspicion of vandalism in an LA apartment complex that had Jones attempting to jump from a 30th floor window.  Not a great look.
The Bills traded him to the Raiders midway through the 2019 season for a fifth-round draft pick… a net loss of three positions… for what became Tommy Doyle.  Buffalo’s backup right tackle.  Jones faded into the background.

And then, there he was again.  Wearing a new number 7, running loose in the Baltimore backfield on Monday night football… catching an overtime game-winning touchdown pass from Derek Carr.  In his postgame comments… Carr… the star of the game with 435 yards passing… couldn’t say enough good things about his unheralded teammate.  Zay Jones.  He hasn’t exactly come full circle, but wasn’t it good to see him again?