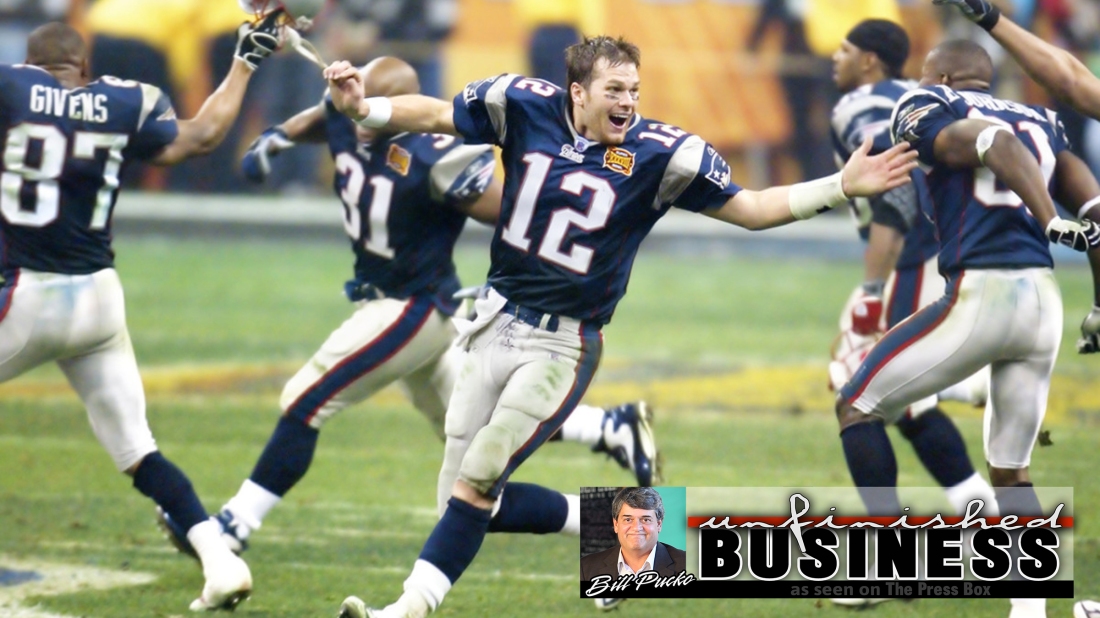 It was Sunday, February 3rd, 2002.  Adam Vinatieri lined up for the 48-yard field goal attempt that won Super Bowl 36 over the heavily favored St. Louis Rams as time expired.  It was New England’s first championship in the Tom Brady era.  I was watching with my family and told the kids, “This is a moment you’ll remember forever.”
Well, it didn’t quite work out that way.  All three kids became rabid Buffalo Bills fans instead.  Ignoring their birth-right and choosing instead to side with the sorriest franchise in the league.  The Bills were 3-13 that year.
Front running has a long history.  There are fans everywhere who root for the Cowboys,  Steelers and 49ers because they were the good teams growing up.  But I couldn’t get my own to adopt the team I grew up with.  In fact, they began to hate them to spite me.  Pointing out that Tom Brady was a Trump supporter.  That really hurt.
Anyway, the shoe is on the other foot now, as it always is if you wait long enough.  I feel great for all the people who somehow stuck with this team and are finally, virtually, reaping the benefits.  The moment you’ll remember forever?  It’s coming.  It’s your turn now.