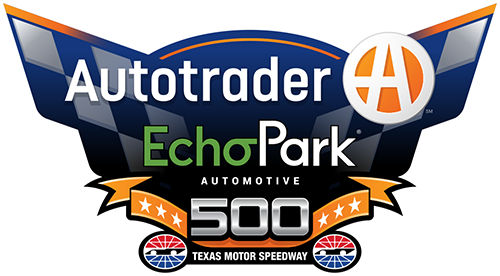 Joey Logano became the first in the field to secure a berth into the season finale at Phoenix. It’ll be smoot sailing for the #22, but for everyone else left alive, it’ll be high time to get it done. With two races left to get in, Texas is the first among them.

-How can we put anyone here other than Kevin Harvick? He’s won the last three Fall Texas races, a very impressive feat! He’s also got the best average among active drivers over the last ten races with more than one start. 4.1 is that number, and someone that you should feel fine about hanging your hat on today.

–Kyle Busch is still chasing his first Win of the season, and he’s won here as recent as the Spring of 2018. He isn’t eligible for the Championship anymore, but you better believe he wants that Win. He is 2nd among active drivers over the last ten races with more than one start here with an average of 8.3.

-I have to keep writing it like that — “with more than one start ” — because Tyler Reddick finished 2nd here in the Spring. It was a great effort for the rookie, and we’ll get a chance to see how he follows that up today. The #8 rolls off 19th later this afternoon.

-We learned recently that Erik Jones will be piloting the #43 in 2021, and this is a great time to show what he can do. Texas has been very kind to him, and he’s currently riding a six-race Top 10 streak.

–Austin Dillon gained entry to the Playoffs with a Win at Texas earlier this season. It was a surprise, of sorts, as his best recent finish at Texas was a 10th in the Fall of 2018. He did bag a 14-13 tandem for his Texas races in 2019, which was up there for his performance at a single track. Can he repeat today? Dillon rolls of 12th.

Coverage of the race starts on NBCSN at 3:00pm, green flag scheduled for 3:32pm.