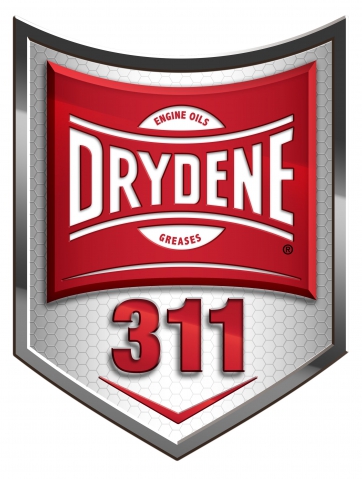 Watkins Glen’s replacement went off in spectacular fashion last week, Chase Elliott not caring which road course he’s on so long as it leads to a checkered flag. He is cementing himself as a guy who can get it done every time NASCAR is on an unconventional track. They’re back at Charlotte’s ROVAL later in the season, and he’ll probably be someone to watch very closely then, too.

Today the boys are off to Dover, another doubleheader making up for the original date missed in the spring. It won’t be 400 circuits on the Monster Mile, but rather a pair of 311 affairs, each with the same name. Twins!

–Martin Truex Jr. is our most recent Dover winner in the field, hitting Victory Lane in the Spring of ’09. He played runner-up to Kyle Larson in the Fall, who has just this week began talks with NASCAR about reinstatement after his contract-terminating slur earlier this season. Truex claims Dover as one of his home tracks — loves the concrete — and could be one to watch today. He also has the best average over the last ten races, a wicked 5.6.

–Chase Elliott is our 2nd best driver here with an 8.6 average, and has six Top 5s in his last eight races here. His numbers would be even better if not for a crippling 38th in last Fall’s event. Expect more from Young Elliott today, starting from Pole.

Hopefully no spins this weekend 😅 https://t.co/MAgipvesXi

–Alex Bowman was our 2nd best driver at Dover last year, a 2nd and a 3rd. He was stuck behind Martin Truex for both of those, can he get out in front of him today? He’ll have a little bit of work to do, rolling off from the 11th position.

I have so many great memories at the Monster Mile. #InTheRearview

–Jimmie Johnson has an astonishing 11 Wins and a lifetime 9.9 average finish in 36 races. It is the last ride for ‘Ol Seven Time, a season which has proven a little tougher — and weirder — than maybe he expected. In any event, this is without a doubt his best shot to break into NASCAR’s Playoffs (which begin in Week 27), either later today or tomorrow. Would you believe his last Cup Win came here way back in 2017? True story.

No race car to pick up lunch tomorrow? 🤔 Don’t worry, we got you. 5 lucky fans can win a #McDelivery order on us. Just…

–Matt Kenseth is another guy approaching the end of his career. Heck, he’s already retired twice? At least once. Anywho, he’s done pretty well at Dover in the past as well, 24 Top 10s in 39 starts, more than any other track. Kenseth has three Wins in there, too.

After a few weeks off, we’re back in the northeast..with more shellfish?!

Crab Cakes! I thought these were basically a Baltimore thing, but there is plenty of Charm in Dover, too, namely in the form of small crustacean pucks. Funny how we’ve hit a little patch of seafood after weeks of heavy meat-centric dishes. Anyway, really good stuff here. I’ve never had a crab cake so large, meaty, and affordable! I almost scoffed at the $14.99 price point for 8oz of crab meat, but I think that is what I’ve paid — if not more — in the past for a restaurant crab cake. Annnd, Mason’s dad whipped up some remoulade sauce from scratch. Great job, Leese and Mike! Yum!

Coverage of the race today starts on NBCSN at 4:00pm, green flag scheduled for 4:18pm.