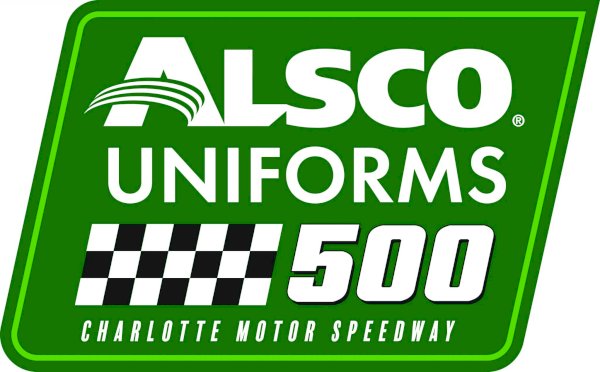 In our two-part series of “NASCAR returns and does the same track twice,” we’re on episode 4 of 4. Brad Keselowski was our winner on Sunday night, a rain delayed Coca-Cola 600 that felt like it ended at 2 in the morning. Chase Elliott was the leader when the caution came out with two laps remaining; when he came to pit road, no one else in the Top 10 followed. In the ensuing laps, he was only able to cut through 8 cars in front of him, and Jimmie Johnson’s #48 failed post-race inspection, relegating him to a 40th place finish, and Elliott to runner-up position. Tonight, the boys once again duel at Charlotte Motor Speedway, this time in a drastically shorter bout.

–Brad Keselowski, as mentioned above, was our winner at the Coke 600. It is his first career victory in that race, and he’s moving right along on those crown jewel events. Notching both a Southern 500 and Brickyard 400 in 2018, only the Daytona 500 has eluded him thus far (though he does have a 400-miler at Daytona under his belt).

He was fast on Sunday in the #CocaCola600.
He won last night in the @NASCAR_Trucks.

Is tonight the night @chaseelliott gets his first NASCAR Cup Series win of 2020? pic.twitter.com/69AB39IpMx

–Chase Elliott will be one to watch tonight. Again, as mentioned above, he was the winner when the race was winding down, and would’ve won had teammate William Byron not gone for a spin. Fate works in funny ways sometimes; in fact, Chase Elliott just edged Kyle Busch in the Truck Series, a victory that led to $1M being donated to COVID-19 research.

I learned on my drive home last night we had been disqualified. It’s a tough reality to process but we are ready for Wednesday and what ever else 2020 throws at us. #OneFinalTime pic.twitter.com/r68FfeQM0s

–Jimmie Johnson’s car was outside the necessary tolerances for Sunday’s race, you can be sure they’ll be well within those limits tonight. Expect the #48 to be crushin’ it out there, a track he made his stomping grounds for years.

Hoping this rain clears out. Ready to hop in @AxaltaRacing 24 machine 👊🏼 pic.twitter.com/OgVbeA9AhV

–William Byron will start from Pole tonight, almost as if he knew he’d finish in 20th with that spin, and then restart this race in 1st. Really makes you think.. In all seriousness, the #24 placed in the Top 10 for the end of multiple stages. I expect Byron to be up front again in this one. Watch out!

There’s only one goal tonight. 😎☝🏼 pic.twitter.com/sHnbCqtp7U

–Alex Bowman led 164 laps on Sunday, more than anyone. He finished 19th..and like his teammate, will restart this race on the front row. Does he have what it take to get back up there for this one? I think so, why don’t you?

I just realized all four Hendrick cars have filled out this preview. Intriguing. (Tyler Reddick and Christopher Bell were awesome, too!)

Sunday we took a moment of pause and paid respect to our fallen and the good ‘ol U.S. of A. Today, we’re back on our tour around the States and have pulled into North Carolina for a little barbecue: 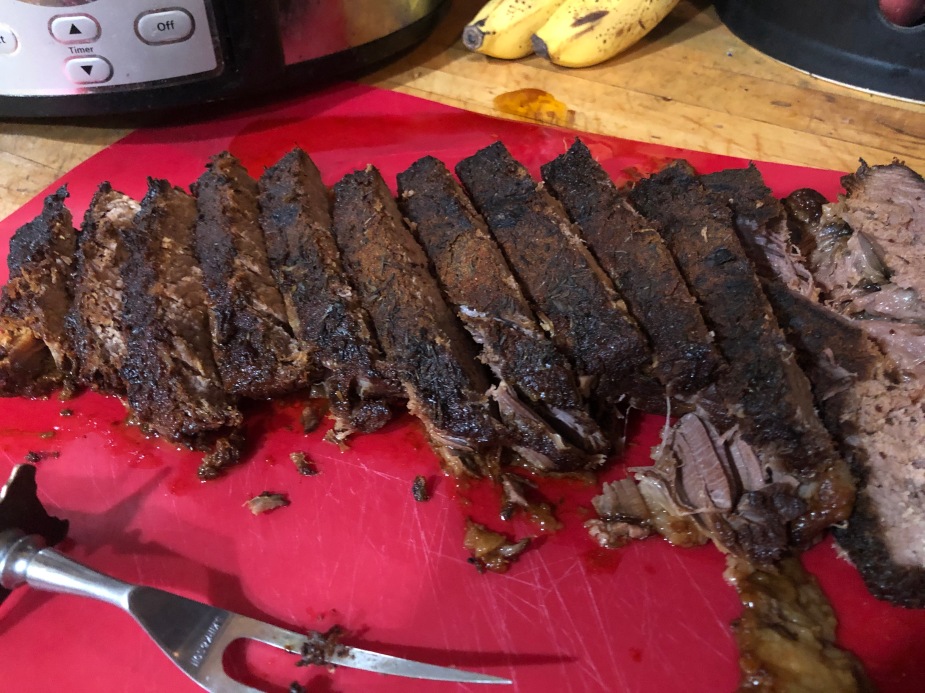 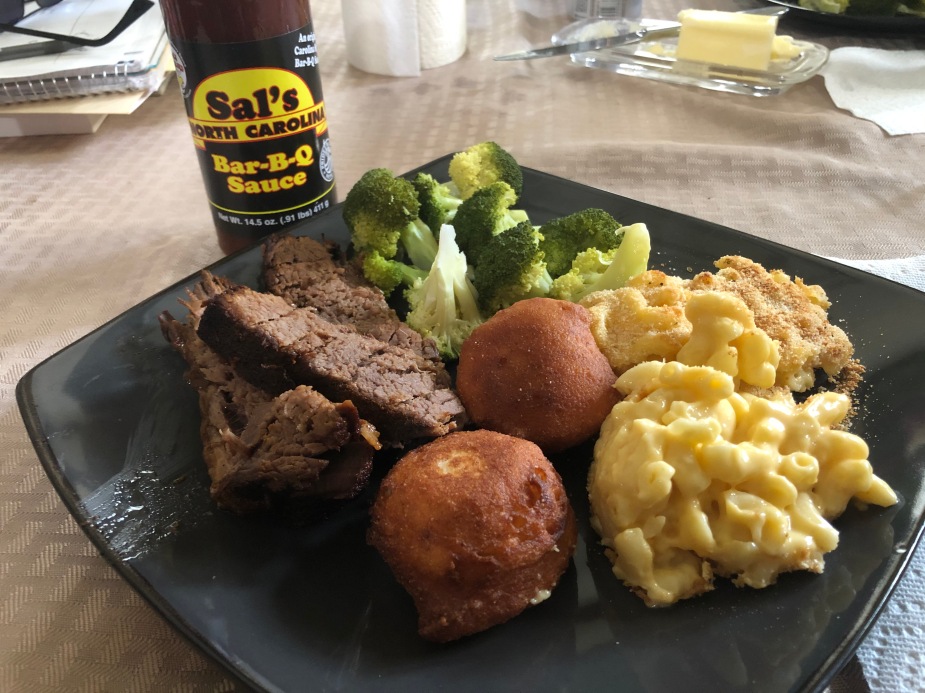 Yeah dude! North Carolina BBQ Beef Brisket, hushpuppies, and some Mac ‘n cheese! We went with Sal’s North Carolina Bar-B-Q Sauce and the whole thing tasted wonderful. Great outing for my gal who hadn’t made brisket OR hushpuppies before, and nailed both in style. Check AND check! (Thanks, NASCARTICLE foods!)

Gonna do everything we can to get this one started. 💪 #Alsco500 pic.twitter.com/DtJDHuuinn

Coverage of the race starts on FS1 at 8:00pm, green flag scheduled for 8:25pm. If rain remains a serious factor to the point of delay, tune in Thursday night at 7pm on FS1.