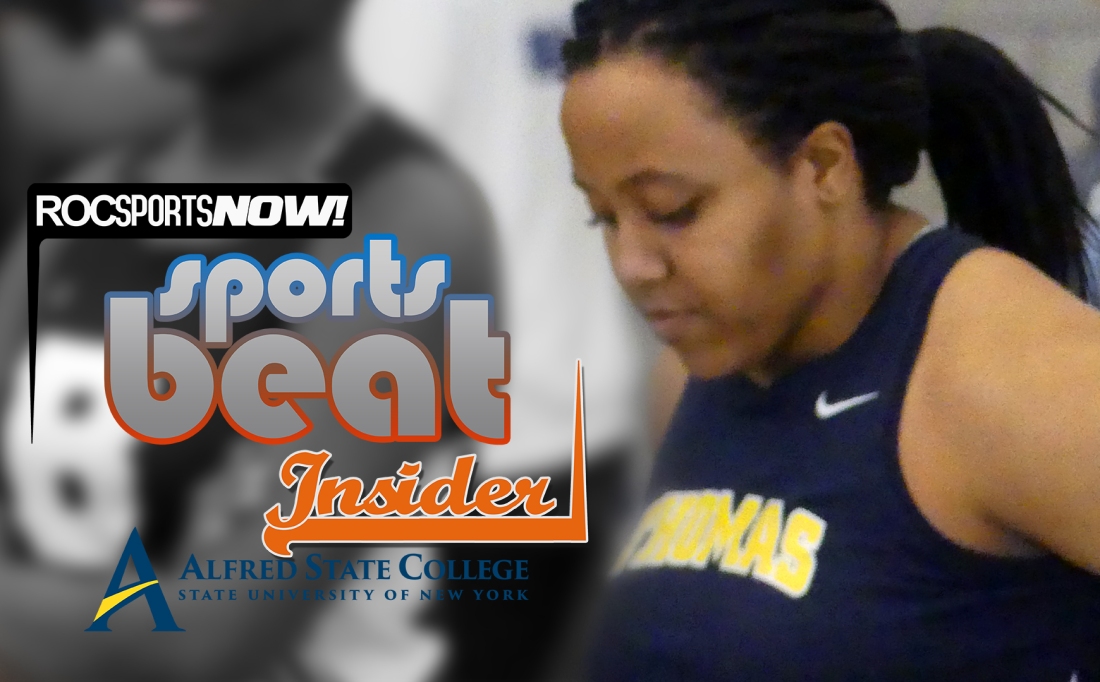 Now, here’s your behind the scenes look at the production, from the producer and the shows many contributors.  It’s week 29 of the Sports Beat season, and part 2 of our “Best of the Winter Season” two-parter.

Our first story to revisit this week, is from the February 9, 2019 broadcast, and features a look at Monique Hardy of Webster Thomas.  We’ve talked a lot about Monique this season, and it still feels like we don’t say enough.  She’s had an incredible year – winning two State Titles (Weight Throw & Shot Put) as well as winning the National Title at the New Balance Invitational.  Oh, and she has the longest throw in the country this year, in the weight throw.  And, oh, she’s only a junior.

Here’s our story, from the Monroe Country Championships at The SERC in Brockport.

Paul Gotham from Pickin’ Splinters joins Dave Yates for the Dunkin High School Notebook.  We kick off our Spring Sports season a week early, with a look at some of Section V’s top baseball players – just a few of the 11 expected Division 1 baseball players taking the field this year in the section.

Kyle O’Gara returns for Making the Grade, this time honoring Rachel Sequeira from HFL.  The Section V Spotlight shines this week on the remaining basketball teams in competition at the State level.  Section V had a lot of great teams this year, and the packed gyms and arenas throughout sectionals and states, shows that basketball is thriving right now.

For our top story of the week, we return to February 9 – and our profile of the McQuaid Jesuit Knights basketball team.  Led by Head Coach Jack Leasure – these Knights were on a crusade, not only to try to repeat as Sectional champions, but also to win in honor of longtime McQuaid coach, Joe Marchese.

The 2003 State Title team, coached by Marchese, is well represented on today’s team – with Leasure, and two assistants (Ryan Pettinella and Marty O’Sullivan) being members of that 2003 team.

The Knights would go on to capture the Class AA Sectional crown, and finished the year 18 – 5 following a loss in the regionals to Niagara Falls.

And that’s a wrap on week 29!  Be sure to check out the full episode– and tune in Every Saturday night on 13 WHAM after the late news, and on Sundays at Noon.

We leave you this week, with an Insider weekly feature – looking back at some of our stories from the past 7 years. From December 21, 2013 – a story on the first ever Girl to score a Touchdown in Section V Football history.  Jensine Falu-Montes from Webster Schroeder accomplished the feet – and we caught up with her and the Warriors cheerleading team, where she starred after the football season ended.  Jensine attended Johnson & Wales University, and now lives and works in the Rochester area.