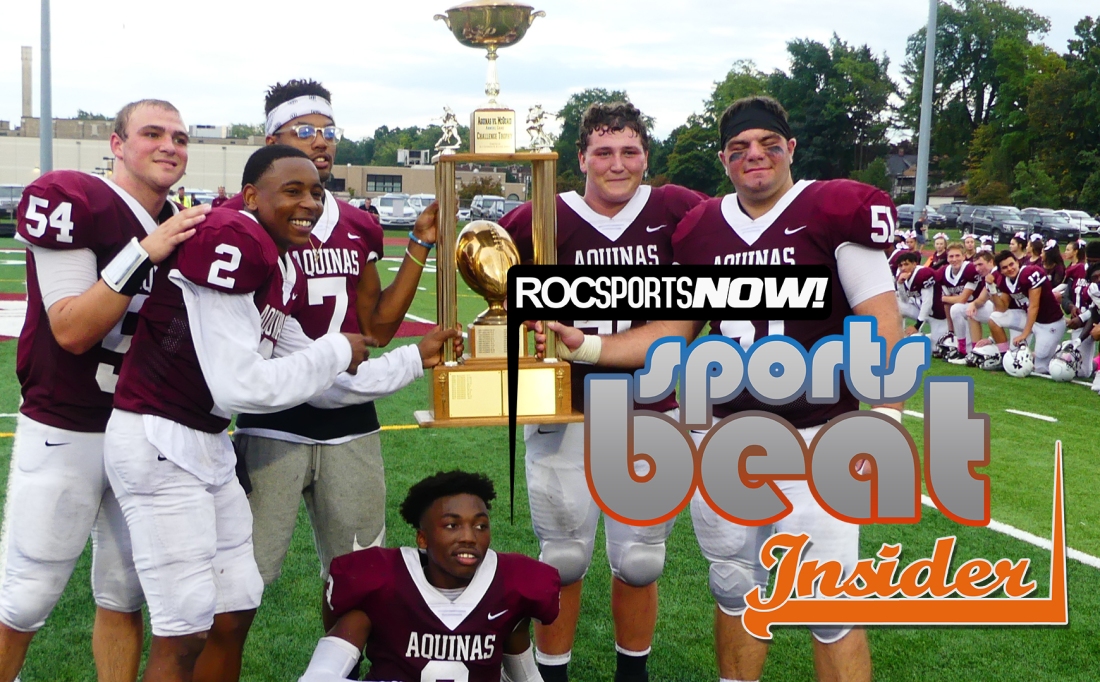 Welcome to this week’s breakdown of the Vision High School Sports Beat, your behind the scenes look at the production, from the producer and the shows many contributors.  It’s week 6 of the Sports Beat season, and the fall sports season is drawing to a close, with sectionals right around the corner.

We begin this week at Franklin High School, where the Edison Tech Inventors Boys Soccer team is gaining some attention.  Head Coach AJ Maio, in his 4th season, has taken a team consisting of student-athletes from 5 different schools, and brought them together to have their best season in a long time.

The difficulties of having players from different schools arose at the game we attending, against their rivals from School 58, World of Inquiry.  Two of the Inventors best players showed up late and missed the beginning of the game due to bus/traffic issues.  Here’s an extended, director’s cut of their story…

Paul Gotham of PickinSplinters.com fame, joins Dave Yates for the Dunkin Donuts High School Notebook.  Paul has been working overtime to bring his readers all the Section V sports news he can, and has expanded his coverage to include Section V football this year.

This week on the notebook, Paul talks about a couple of Hilton teams – Football and Boys Soccer – that are hitting their strides at just the right time.  Special mention to one of Hilton’s assistant coaches on the soccer team – Bill Andracki, the former goalie for the Rochester Rhinos.

Next on the show is Kim Berntson, with this week’s Making the Grade nominee – Ben Beauchamp from McQuaid.  There’s more of Ben and the McQuaid Knights later in the show.

This week’s Section V Spotlight, brought to you by McArdles in Fairport, includes an update on the first season of pro baseball for McQuaid grad Greg Cullen.  Billy Heyen, also a contributor to Pickin’ Splinters, had a twitter thread with updates on several Section V alum’s and their pro ball progress.

Next up is the Varsity Media Section V Football Top plays of the week... this week sees some familiar names from weeks past, including an incredible run at the number 1 spot from Freddie Brock of the East Eagles.

Our Main story this week covers the annual McQuaid vs Aquinas football game, for the coveted Fr. John Onorato Trophy.  The version presented here is an extended director’s cut, and an attempt to capture the sights and sounds of the game. 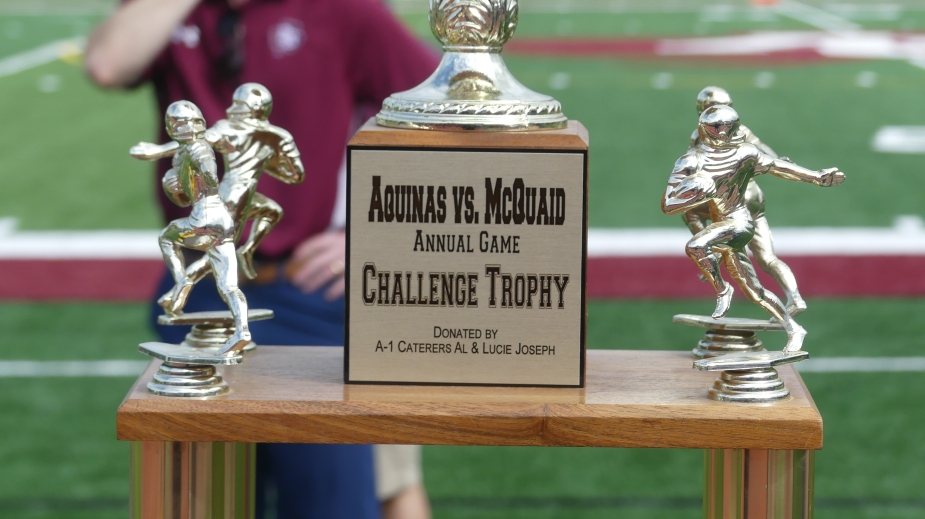 The Father John Onorato Trophy, presented to the winner of the Aquians vs McQuaid Football game. (photo by Joe Bradt)

And that’s a wrap on week 6!  Be sure to check out the full episode– and tune in Every Saturday night on 13 WHAM after the late news, and on Sundays at Noon.

We leave you this week, with an Insider weekly feature – looking back at some of our stories from the past 7 years.  From November 9, 2011 – our first time covering a McQuaid vs Aquinas matchup, and this one was for the sectional title.  It was a powerhouse Lil Irish team, led by QB Cory Benedetto (who went on to start at QB for Morrisville State), RB Billy Lombardi (a Lacrosse star for Penn State) and Jarron Jones, who excelled for Notre Dame and is currently on the Tampa Bay Buccaneers.  Jahmahl Pardner would attend Pitt, as well as playing for Memphis. 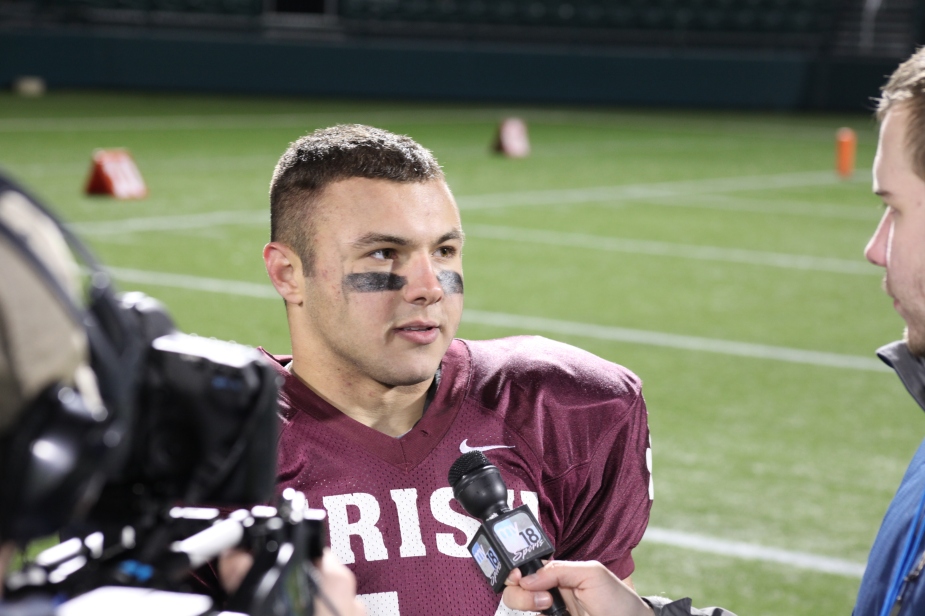