As teased in our April entry on this track, the Food City 500 race is pretty intense, but usually only upstaged (as far as short tracks go) by the August night race.  We’re here.  There’s just something different in the Tennessee air when the lights come on, and the bent fenders and hurt feelings set the stage for a wild two weeks to follow.  Kyle Busch has won our last two Cup races at The World’s Fastest Half-Mile, but it’s another Kyle who will lead the field to green.

Kyle Larson will start on the pole in the No. 42 Chip Ganassi Racing Chevrolet. It is Larson’s 3rd of the season. (Photo Credit: Nigel Kinrade Photography)

–Kyle Larson, runner-up here in the Spring, will start from Pole.  He led 200 laps in that contest before settling for 2nd, but has already tasted victory in Thunder Valley after winning Friday night’s Xfinity race.

–Chase Elliott has the second best view of the field, Outside Pole for the #9.  He finished 4th in his first race here, but it’s been pretty much downhill since.  Elliott was 29th in the Spring.

–Kyle Busch has won the last two races here, but it wasn’t an easy path as of late.  His previous three attempts on the Cup circuit yielded a 38th, a 39th, and a 35th.  His victory in August completed a weekend sweep — wins in all three of NASCAR’s top series.  He led in the Xfinity race as well on Friday, look for Rowdy and the M&M’s Toyota to find their way to the front early; starting 3rd, he doesn’t have far to go. 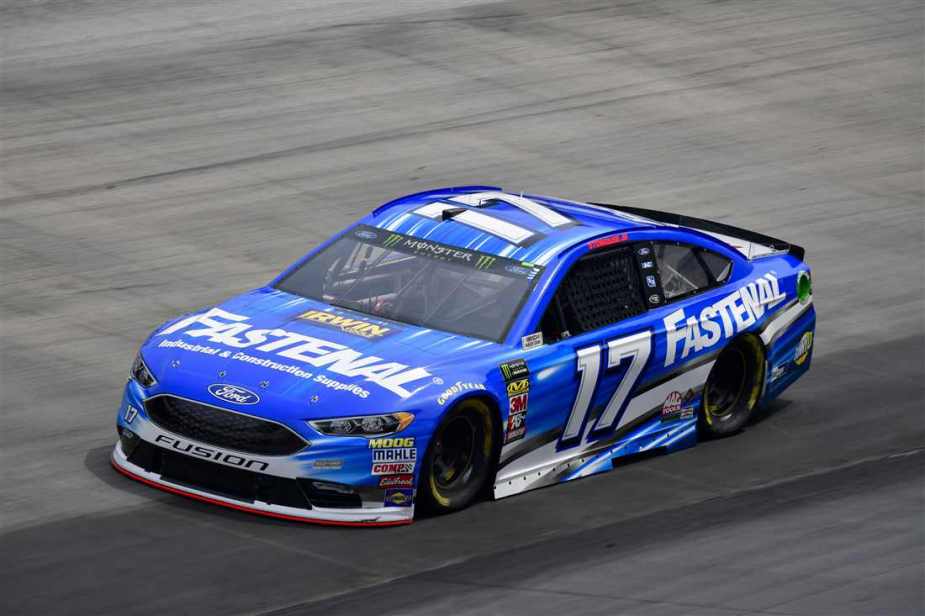 –Ricky Stenhouse Jr. finished behind Johnson in the Food City 500 back in Week 8, his best finish of the season, too.  Of his last four runs in the Last Great Colosseum, Stenhouse has managed three Top 10s and a worst of 14th.  That’s not bad, and predictably helps him to his best average finish by track.  A 10.2 for the Olive Branch, MS native, look for the #17 to be in the mix late.

Weather concerns have bumped the start of the race up a bit.  Coverage of the race now starts on NBCSN at 6:30pm, green flag scheduled for 6:46pm.