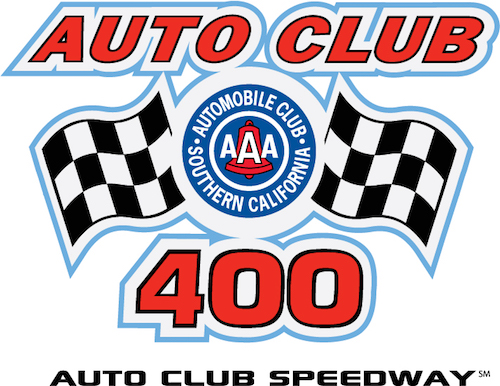 We round out “NASCAR Goes West” this week with the Auto Club 400 in Fontana, CA, the first 2.0-mile circuit on the schedule.  The Auto Club Speedway is down to just one date (after hosting two for many years), but this race gives us a good preview of how two other races may go later this year when the Series visits its sister track, Michigan. 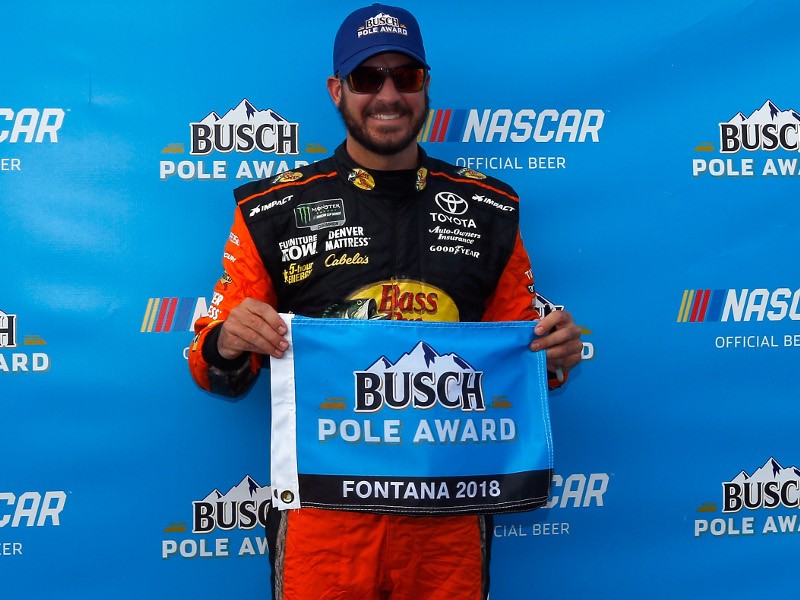 -Another week, another Pole for Martin Truex Jr.  He started 1st in Phoenix and rode that to a 5th place finish.  He’ll start 1st again this week, looking to better his 4th at this race last year.  If he started 4th (he did) and finished 4th, could starting 1st equate to finishing 1st?  He certainly hopes so; Truex is currently 3rd in the Standings.

–Kyle Busch finished 2nd in Vegas, 2nd in Phoenix, and now he’ll start 2nd in California.  While “hey, that’s great!,” being 2nd best tends to wear on you after a while, especially in the realm of NASCAR.  Good news for Kyle Busch at this track: 3 wins, and a 10.8 average finish.  (He’s got his St. Patrick’s Day green on this weekend, too.  And to our readers, stay safe out there / drink responsibly!) 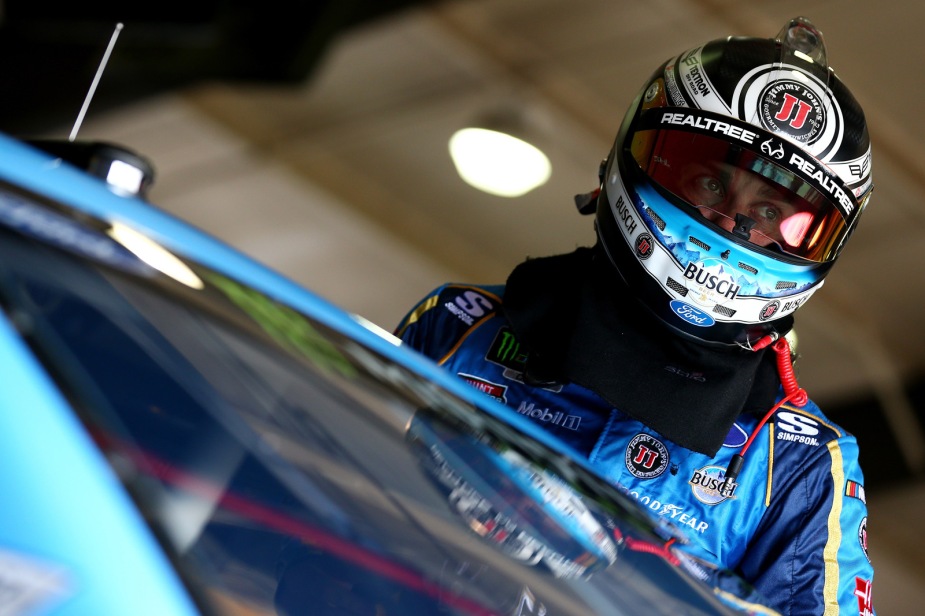 -In case you missed it, MENCS points leader Kevin Harvick was penalized last week, and he rose above all of that and delivered his 3rd straight win.  He now eyes four in a row, last done in 2007 by Jimmie Johnson.  Harvick was fastest in the first two rounds of Qualifying, but fell to 10th when it mattered most.  This isn’t his best track, but when you’re hot, you’re hot. 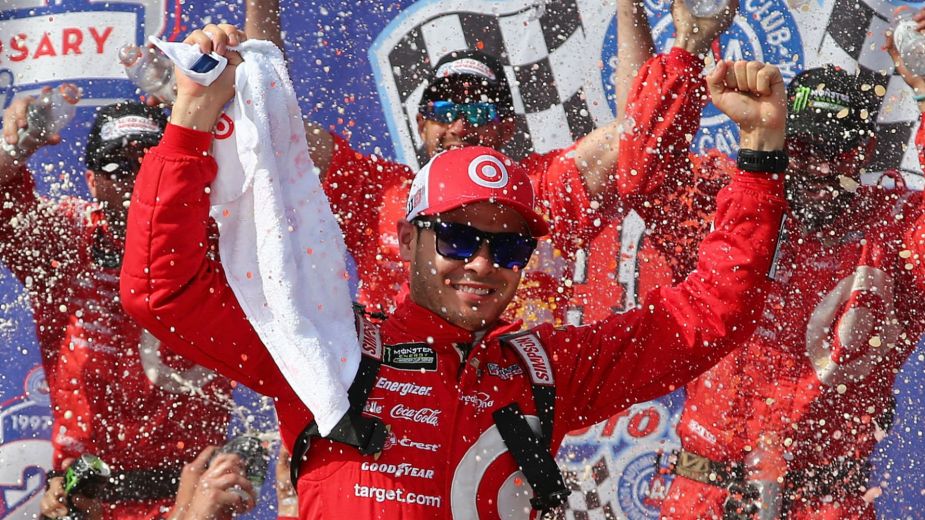 –Kyle Larson started 1st, finished 1st (see, Martin Truex?  It can be done!) in 2017.  If you were watching Qualifying on Friday as I was, you would’ve heard from the commentating booth “if there’s going to be a shootout, it’ll be between these two,” Kevin Harvick and Kyle Larson.  Not a bad bet, and he starts 3rd. 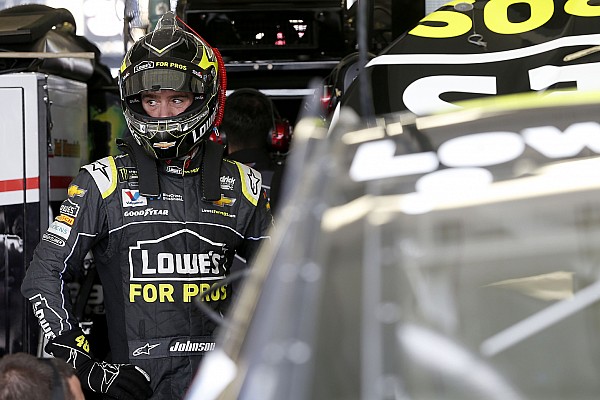 Jimmie Johnson has declared “I’m not done.” He’ll start deep in the field on Sunday.

–Jimmie Johnson was in the news a bit this week as Lowe’s announced they would not be re-upping with the #48 team in 2019.  Johnson has taken the news in stride (best one can, when losing the sponsor you’ve had since your rookie season), and references the full stands he’s seen lately, and sees it as a new opportunity for other business to get their name out there.  While a distraction (and we saw how “distracted” Harvick was at Phoenix, ahem..), Johnson knows how to get around this place.  His very first win came here way back in 2002, and he’s scored an additional five since then.  In 23 starts, the El Cajon native has 13 Top 5s.  Very rarely do you see a driver do that well in better than half their attempts at a single venue, which just happens to be his home track.

What’s more, inspection issues gave a new look to Qualifying with 13 cars failing to pass inspection and/or make it out in time.  Since they did not make an attempt, they will roll off based on their 2018 Owner’s Points, the first of whom is Denny Hamlin in 25th.  He, and all of the drivers behind him — including Johnson — will start the race on sticker (new) tires.  By rule, the other drivers ahead of them will start the race with the ones they qualified on.  Should make for an interesting start of the race with plenty of movement in both directions. 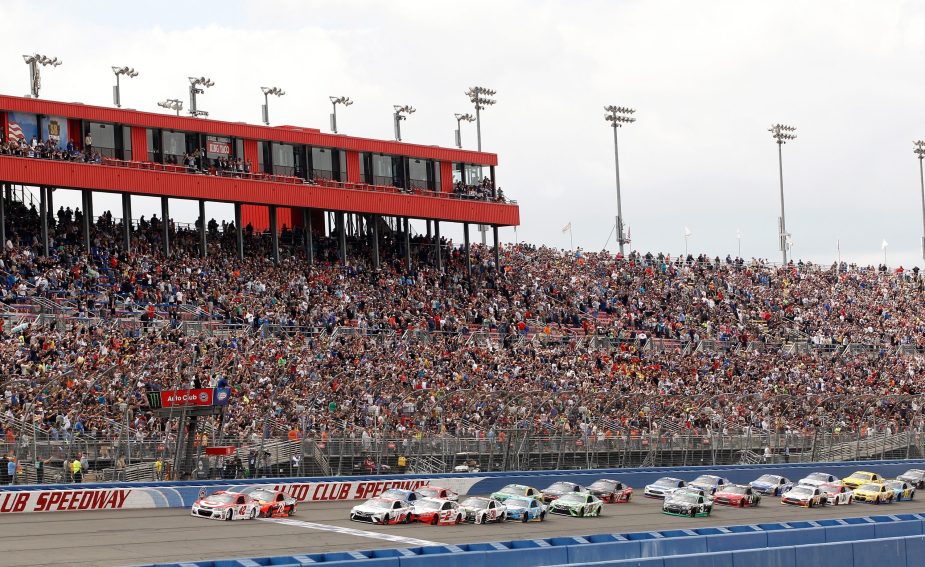 Coverage of the race starts on FOX at 3:30pm, green flag scheduled for 3:46pm.