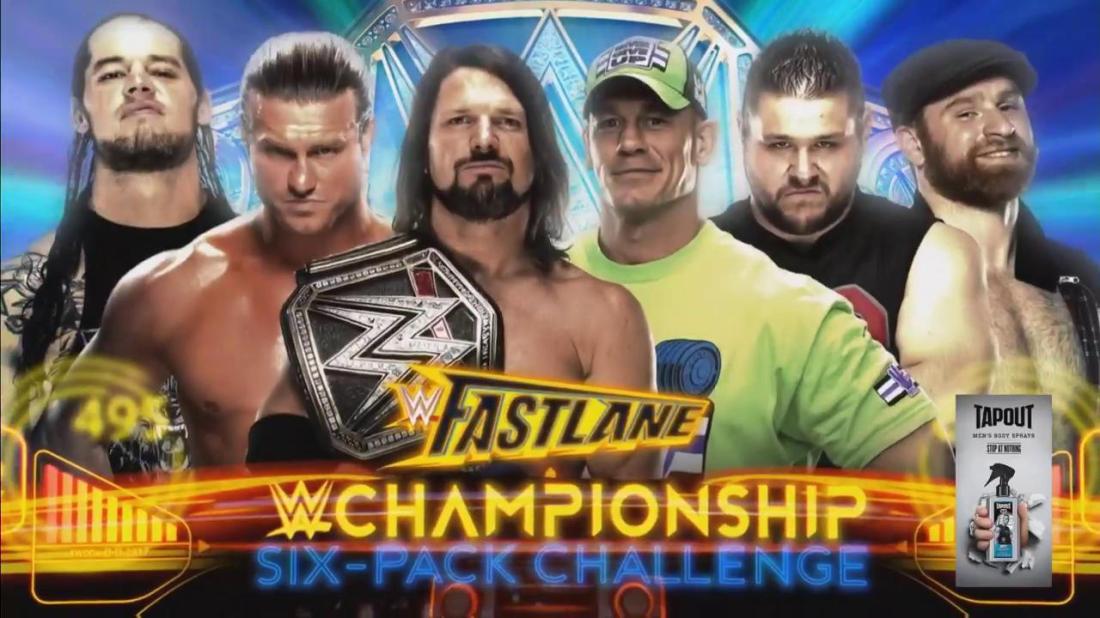 The last pay-per-view before WrestleMania takes place Sunday in Columbus, Ohio. “Fastlane” is anticipated – not so much because of it’s own matches, but for setting the menu of matches we’ll be served at Wrestlemania on April 8.

This event only includes members of the Smackdown roster; WWE recently announced there’d be no more split-brand PPVs going forward… until they change their minds somewhere down the line.

1) WWE World Championship Match (6-Man Scramble) – A.J. Styles (C) vs. Keven Owens vs Sami Zayn vs. John Cena vs. Dolph Ziggler vs. Baron Corbin.  We’ll be constantly reminded that the odds are stacked against Styles, since he can lose the title without being pinned or submitting. We’ll be watching to see if the grand friendship between Zayn and Owens continues to deteriorate after Sami went after Kevin last week. We’ll see if John Cena, who jumps from brand to brand whenever it suits his interests, finds the path to WrestleMania he seemingly feels is his birthright. We’ll see if Dolph Ziggler continues on his path to being a babyface.

And Baron Corbin is in the match as well.

Most fans were hoping for the “Dream Match” of A.J. Styles vs. Shinsuke Nakamura at WrestleMania after the latter won the Royal Rumble in January. Our guess is that they’ll still get it, as A.J. Styles overcomes the odds and retains the tittle.  WWE has only gently reminded us that John Cena is one title win away from breaking Ric Flair’s “record” of 16 championships. It seems if Cena was a serious candidate to win,  this possibility  would be pushed more by the company. (Perhaps The Undertaker mysteriously appears and takes Cena out of the equation, setting up a contest at WretleMania that many have speculated on.) 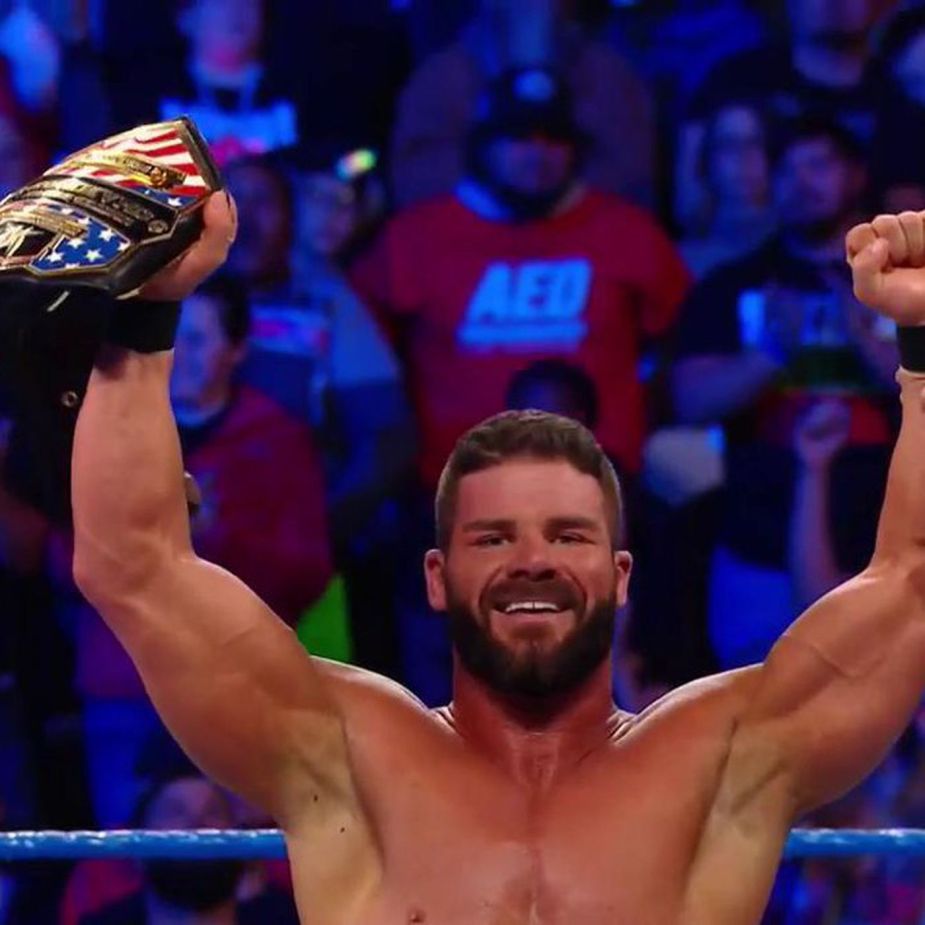 2) U.S. Championship Match- “Glorious” Bobby Roode (c) vs. Randy Orton. The United States Title is the only major belt Randy Orton has yet to win in his Hall-of-Fame career. Now would be as good a time as any to put the strap on him. However, keep in mind how Jinder Mahal has inserted himself into the picture over the last few weeks. Also keep in mind Mahal took the World Title from Orton last summer, and Randy has yet to get his revenge. Could we see a run-in by the Maharajah?

3) Smackdown Tag Team Championship Match- Jimmy and Jey Uso (c) vs. New Day (Kofi Kingston, Big E. and Xavier Woods.)  These teams always work well together, so this is a candidate for Match of the Night.  Creative could make a case for either team coming away with the belts.

This is another contest which could have outside interference as the Bludgeon Brothers would be prime candidates to stake their claim for the tag titles. The Usos stress that they’ve never had a match on the main show of a WrestleMania, so without guessing who’ll win, this could be the setup for a three-way title bout at Mania.

Are the Bludgeon Brothers heading to WrestleMania? (photo: WWE)

4) Smackdown Women’s Title Match – Charlotte Flair vs. Ruby Riott. – Ruby is on a career trajectory where she will become a champion someday. It just won’t happen tonight.  A win here by Ruby probably means she’ll have a singles match at WrestleMania. For somebody who’s been on the main roster for less than six months, it’s unlikely. Dues have yet to be paid.

Is Rusev Day the most “Over” act on Smackdown?

5) Shinsuke Nakamura vs. Rusev – As mentioned, Nakamura has a guaranteed title shot at WrestleMania, so a win or loss here means little in the grand scheme of things. Announcers will stress how Shinsuke needs to build momentum going into April, but an “upset” wouldn’t be out of the question.

It would give a renewed push to Rusev, who has become increasingly popular with the fanbase due to the weekly Rusev Day celebrations orchestrated by Aiden English. And a win by Rusev can easily be avenged in a rematch on Smackdown where Nakamura comes out on top. Of course, all of this only happens if creative wants to give Rusev a push.

6) Becky Lynch and Naomi vs. Natalya and Carmella – Fun fact: Only one of the four women in this match have a last name, as far as WWE is concerned…..Carmela still has the Money in the Bank briefcase, which gives her a title match whoever she chooses.  Will that play into Sunday’s activities?  Highly Unlikely.

Tune in to WWE Network for all the action – Sunday 7 pm for the Pre-Show, Main card at 8 pm

View all posts by ivantheimpaler