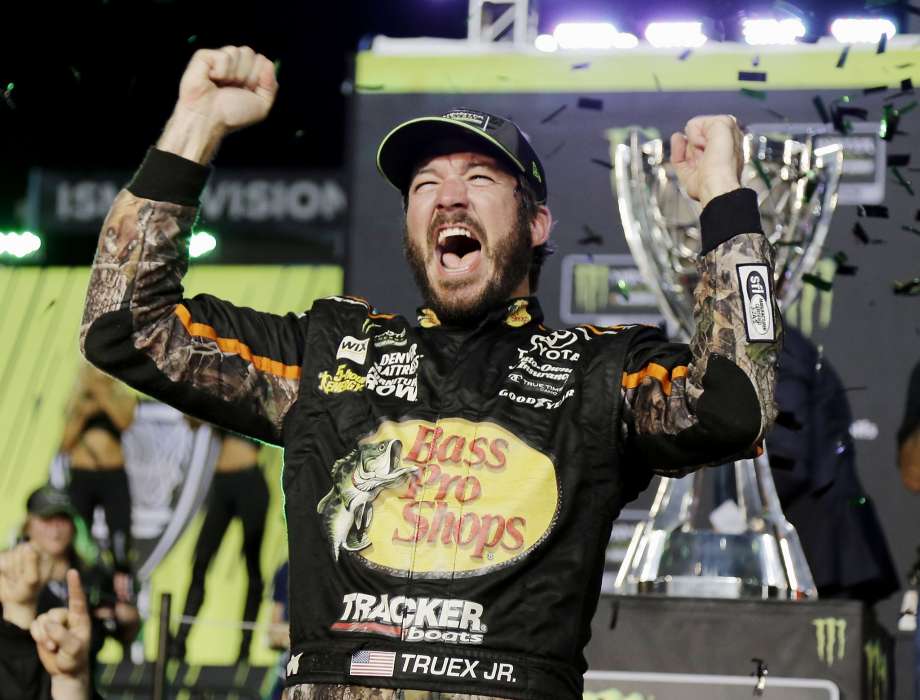 The knock on NASCAR in some circles is that racing is boring and tough to get into.  The points system is difficult to understand, and races don’t really matter until the final lap.

Enter Monster Energy.  With their arrival as new series sponsor they brought an exciting new playoff format (formerly “The Chase”), stages with points awarded throughout the course of a race, and a bigger emphasis on wins, something fans and drivers alike have been clamoring for for years.  And it works.

Martin Truex, Jr., the eventual 2017 champion, picked a great year to dominate races.  With the new stage format — where races are divided into 1st quarter, 2nd quarter, and final half — (he had 19 of those to lay claim to; the rest of the Series cumulatively had 54), he was the odds on favorite to win the whole thing as the year came to a close. Though a final race at Homestead-Miami would stand in his way, for the past few years, regardless of how the points lined up heading into Championship Weekend, if you wanted to hoist the Cup, you more than likely would have to finish 1st.  And he did, by 0.681 seconds over fellow Toyota driver Kyle Busch.  That would be the final of his 8 series-leading wins in 2017.  (Other drivers eligible for the Championship finished 2nd, 5th, and 7th.)

Brad Keselowski made waves towards the end of the year when he accused Toyota of having a technical advantage that other manufacturers didn’t.  Keselowski, a Ford driver, was one of the final four alongside Truex and Busch, and another Ford driver in Kevin Harvick.  Oddly missing the ever-dominant Chevy contingent, an odd wrinkle that has developed recently.  The jury is still out on Keselowski’s claims, but it’ll be interesting to see how the other makes bounce back next year.

In addition to exciting on-track drama, we also saw the probable final races for a myriad of drivers, most notably Dale Earnhardt, Jr.  A fan favorite and the amorous subject of “Junior Nation,” he’ll exit the sport (“as a full-time driver*”) for a broadcast gig.  A maven on the restrictor plate races at Daytona and Talladega especially, some would say that he picked up some abilities through blood, as Luke received expert pilot skills and an affinity with The Force passed down from Anakin Skywalker, his father before him.  Dale Earnhardt claimed that he could see air moving around cars on those tracks, and with 10 victories at Talladega, its hard to argue that (Jr. notched 6 of his own on NASCAR’s longest oval).  Coming close in recent years, Dale Jr. will hang it up without ever claiming a Cup championship of his own.

Former champion Matt Kenseth doesn’t have anything lined up for 2018, and leaves the sport in a much quieter fashion.  He’s still very much open to driving, but is ok with taking a little break right now.  Danica Patrick, NASCAR’s top series’ only female driver currently, will race one more time at Daytona to start the season, and the Indianapolis 500 in open wheel later in the year.  That’ll wrap up things for her completely, her exposure and popularity has created an empire of its own that she’ll now manage. A book is now available for those who wish to read more about whats next; “Pretty Intense” — dealing with health and wellness — hit store shelves on Tuesday.

And with drivers going out, we’ve got drivers coming in.  Xfinity Series champion William Byron will fill the seat of Dale Jr.’s #88.  Darrell “Bubba” Wallace takes the helm of the famed #43, the first African-American driver in 11 years to race in the Cup series.  Other drivers who’ve been around but look to keep the pressure on include Kyle Larson, Daniel Suarez, Ryan Blaney, and Chase Elliott, Bill Elliott’s talented son who just may take the mantle of Most Popular Driver without any down time.

The 2018 season picks up with the 57th annual Daytona 500 on February 18th, though exhibition races and the like kick off a week prior.  We’ll have a Season Preview as the dates draw closer to gear you up and tell you what you need to know.