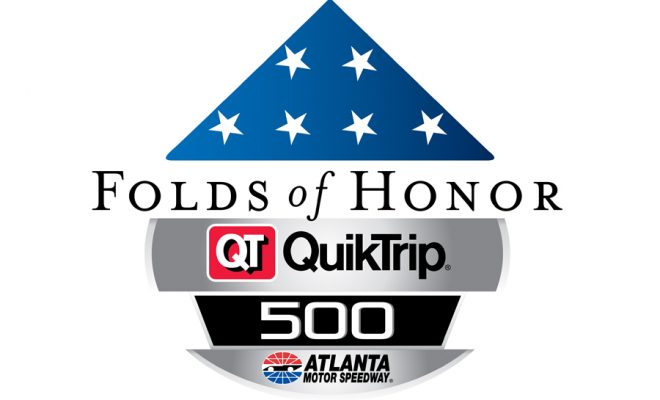 This year, we’ve run Daytona, California, Las Vegas, and Phoenix. A good variety of tracks. And four different winners. This week we head to Atlanta, an “old school” track with pavement that eats your tires like corn on the cob. That surface has been updated; fresh asphalt with progressive banking with a “double yellow”-type out of bounds line. Why, when every other track besides Daytona/Talladega has a single line? Short answer: the speeds are going to be FAST here, and Practice yesterday had the looks of Talladega. Is this just one more step in confusing middle school Geography students between Georgia and Alabama? Maybe, maybe not, but today’s race will be entertaining, for sure.

-Qualifying was washed out, so here is the guy that will see the Green before anyone else. Chase Briscoe follows up his first career Cup Win last week with the gift of the Atlanta Pole. This is far from his best track though; in two attempts, he carries a 19.0 average finish and has yet to crack the Top 10. He’s been a different driver this season though, hasn’t he? Could Briscoe surprise again?

–Ryan Blaney won this race in 2021, and he just happens to have the best average finish out of active drivers (12.4). Three of his seven attempts have resulted in Top 5s which just happen to be his last three runs here. And similar to Briscoe, by virtue of his great performance last week at Phoenix, he’ll also benefit by starting this race 2nd. That puts Blaney in a great position here, two Fords on the front row.

–Kurt Busch‘s Win last Fall was a bit of a shocker. Not a lot of people had him circled for that one, especially after finishing 39th in this race in the Spring. With that out of the mix, Kurt was on a streak of five straight Top 10s, and then captured the flag after March’s DNF. This will be his 32nd start at Atlanta; he’s got four Wins, eight Top 5s, and sixteen Top 10s.

-Kurt’s brother Kyle is one who could eat this track up today. He’s been jonesin’ for this type of race, and with Practice back in the mix he’s able to figure things out before Sunday. He was 2nd in Practice on Saturday, starts 4th, and boasts a 6.4 average finish over the last ten races. He finished 5th and 2nd in 2021, and 2nd in 2020. Gotta be another Top 5 today, right?

–Noah Gragson. Taking a bit of a flier here, but I like what I’ve read, at least leading up to yesterday. Prior to that, in four Xfinity attempts, he’d finished 9-2-4-3. Yesterday was a disappointing 26th, but he managed to lead 38 laps. He’ll only be making his 2nd Cup start today, but with Austin Cindric taking Daytona and Briscoe last week at Phoenix, this season is ripe for more surprise winners. He was down the chart a bit in Practice, but teammate Justin Haley was much higher up. With this race looking to have Talladega-like appearance, he could draft on up there with Haley, a driver who has success in both the Cup and Xfinity Series at Daytona.

We’re back to Atlanta, a place that we’ve had Peach Cobbler, Chicken ‘n Waffles, and Brunswick Stew last Fall. Do we repeat one of these, or do we try to find something new this year?:

Something new! We’ve gone with Buttermilk Pie this time around, another dessert and we’re expecting it to be similar to the Sugar Cream Pie that Lisa prepared for Indianapolis last year. Haven’t dug into it yet since it is “for dessert” and saving it for later, but goodness, there it sits looking wonderful. Nice job, Leese!

Coverage of the race from the Peach State starts on FOX at 3:00pm, green flag scheduled for 3:17pm.