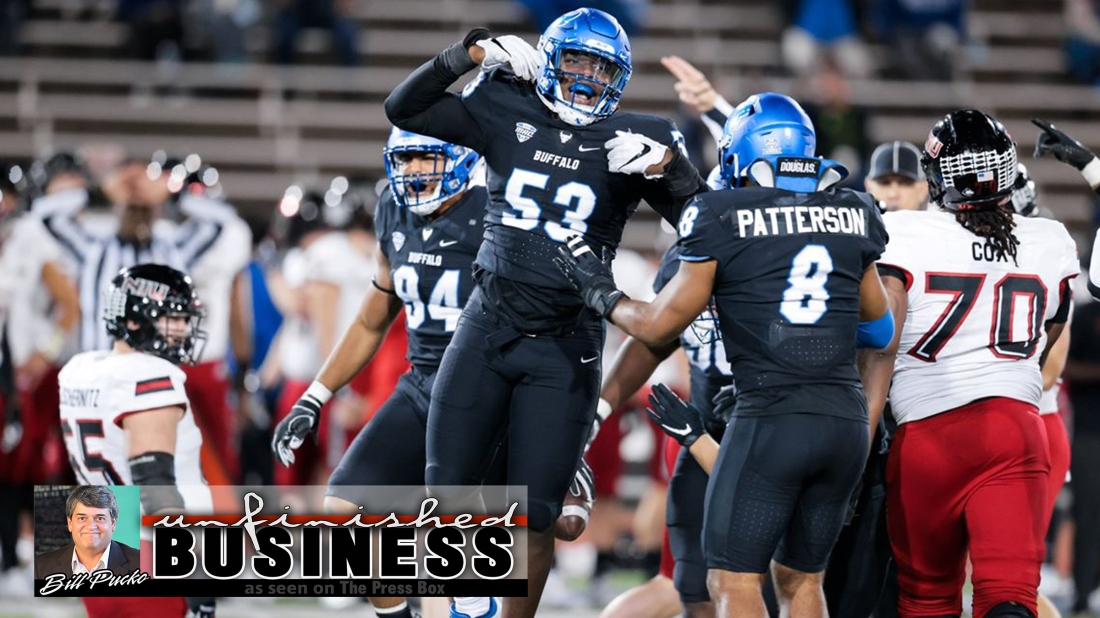 There are fourteen Section Fivers on the roster of the University of Buffalo football team.  Including kicker Alex McNulty out of McQuaid.  Originally a walk on for the Bulls, McNulty won the starting job as a sophomore and led the team in scoring this year.  McNulty kicked a 55-yard field goal to send Buffalo’s game against Northern Illinois to overtime.  It was a school record kick.

Otherwise, it wasn’t a memorable season at UB.  The Bulls went 2-5 in the MAC.  They were 4-7 overall.  But they can make a case to be playing for the national championship.  Thanks to the Six Degrees of Separation.
Because, one, Buffalo beat Ohio.  Ohio beat Eastern Michigan.  And Eastern Michigan defeated Bowling Green.  Step four was the big one, because in September, the Falcons defeated Minnesota, a win for the MAC over the Big Ten.  There always seems to be one.  The Gophers then beat Purdue.  Purdue beat Michigan State.  And Michigan State memorably defeated Michigan.  That was the Wolverines only loss of the year, and they sit second in the playoff standings.
We don’t want to be unreasonable, so if Michigan beat Iowa for the Big Ten title, we will concede the second spot to the Wolverines,  and UB can play them as the third seed in the playoff.  Thanks to that interconnectivity miracle, the Six Degrees of Separation.