Austin Dillon became another first-time winner this season, taking the checkers at Texas. That complicated matters for the guys on the playoff bubble, and now tensions are even higher! I suppose that is how it usually goes, but how does one handle the pressure on a THURSDAY NIGHT, UNDER THE LIGHTS? Tonight, we find out.

Don't forget to tweet #BuschLightApple and #Sweepstakes as often as possible during the race. They are giving away a case a beer each lap!! 267 chances to win.

–Kevin Harvick, like many tracks as of late, has the best average finish over the last ten races (6.7). He has won here before, the last coming in the Spring ’18 race. And he’s starting 1st tonight, too, so there’s that. Can he make zero passes and still walk away with a trophy? Yup.

–Kyle Busch has run nine of the last ten Kansas, and eight of those have been Top 10s. He finished 30th in this race last year somehow, way off his pace of 7.9. He’s hungry for a Win, could tonight be the night?

Great to see these guys back at it. #OpeningDay is here 😊👍🏼 https://t.co/TxyRdk8St1

-I feel like we haven’t talked about Brad Keselowski in a while somehow. We’re going to talk about him tonight because he was last year’s winner at this race. He finished 2nd in the 2017 Spring race, too, so he knows his way around here towards the start of the season. Of course, if you look at the calendar, you might say “hey, this isn’t March..” No, it isn’t, we’re in the waning days of July.

What’s your favorite memory of Hendrick Motorsports @kansasspeedway? Here’s one of ours. 😎 pic.twitter.com/NQA8GSLiIy

–Chase Elliott bagged a 4th and a 2nd in 2019, the best of any driver on the circuit. He last won the Fall 2018 race, and has been up towards the front of nearly every race this season. Chase last won the All-Star Race this year; when the lights go down, Chase goes up the running order.

.⁦@StenhouseJr⁩ looking forward to getting back in the groove again, ⁦@JTGRacing⁩ feature on the team – Race Review Online https://t.co/KwuL6acKwr

-I picked Austin Dillon in my personal Fantasy Nascar league, and I felt bad when he won and I didn’t give him a “hey, take a look at this guy..” here. I’m making sure to do that this week with Ricky Stenhouse Jr. and our next driver, too. Stenhouse finished 16th, and has placed 11th in each of the last three Kansas Spring races. Those aren’t Wins, no, but well above his average when compared to other tracks. Tonight, Stenhouse starts 25th.

Here’s your chance to get to know what’s on @Chris_Buescher and the No. 17 @FifthThird team’s mind right before the green flag drops @kansasspeedway. 😉

–Chris Buescher is another guy who could have a really nice finish tonight. He had a 10th and a 13th last season, again, not Wins, but still pretty darn good for their team. We’ll see how he handles tonight with a slightly warmer track than it would be in the Spring. Buescher rolls off 13th.

Off to Kansas, and apparently they like it European.. 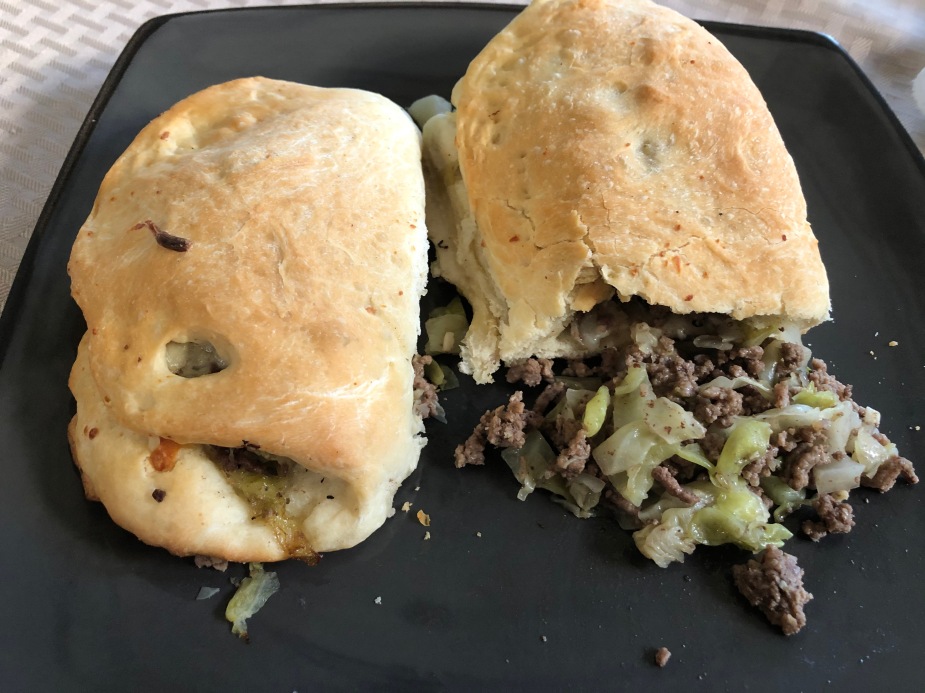 Bierocks! Yeah, that’s what they’re called (some call them “runzas”). They’re basically German Meat Pouches, these are filled with ground beef and cabbage. We’ve got some cheese in there as well, and a few different recipes do it a little different. The choice is yours — which is cool — to throw whatever you want in there to spruce it up (some do cumin, some do cream of celery, some do MSG, etc). We’ve got some cheese and garlic in ours, and half of ours are superpowered with more dough and more meat! (Not pictured: too big!) Nice job, Leese, dig it!

Getting closer and closer to the start of the #SuperStartBatteries400 😁

Who's ready to go racing? pic.twitter.com/pbJGPfxfsW