Kevin Harvick won his third straight Fall race at Texas, and with that gesture once again locks himself into a Championship bid at Homestead.  There is room for two more drivers this week: one with a Win, and the next best on points (Or, in the event that someone else wins besides the eligible six, the Top 2 in points).  Truex and Harvick have their sunscreen packed, who will join them?

–Kyle Busch gets his first Pole of the season..in Week 35?  Can you believe that?  He saw Kevin Harvick win from Pole last week and figures “hey, maybe I’ll do that, too.”  And he can.  He won here at the Ticket Guardian 500 in the Spring..and then last Fall at the Can-Am 500, too.  All that is part of a 6.4 average over the last ten races.  Hmm!  Dude knows his way around the place.

Joey Logano – Goal is to run up front all day tmw and we’ve got a good start. Rolling off p2 for our semi-final race at @ISMRaceway #TeamJL #NASCARplayoffs (Source: @joeylogano)

–Joey Logano will start alongside, and you can bet he’ll be up on the wheel today.  He last won here back in 2016, and hasn’t been better than 10th since then.  Do things go differently for the #22 today?  Logano carries a beefy 14.5 over the last ten races here.

–Kevin Harvick was our big guy last week at Texas, but he’s actually our best average here.  3.5 for the #4 pilot, and four Wins over that span.  With the pressure off, does he push for another trophy?  I don’t see why not. 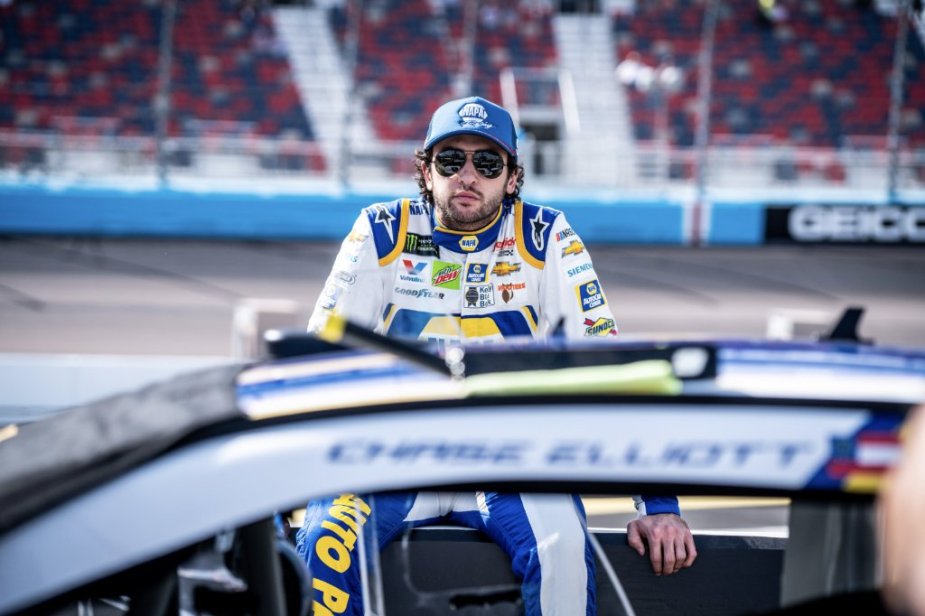 NASCAR – Win and he’s in. It’s as simple as that for @chaseelliott. (Source: @NASCAR)

–Chase Elliott is actually our third best over the last ten races, 10.1 over seven attempts.  He was runner-up in the 2017 Can-Am 500, looking to turn that experience into a big Win today.  Elliott rolls off 9th today.

NASCAR – A #BuschPole award is waiting. See who claims it from @ISMRaceway right now on NBCSN and http://nas.cr/NBCSportsLive ! (Source: @NASCAR)

–Martin Truex Jr has had three Top 5s at this place over his last four runs, and could be in for another good one today.  He hasn’t yet been to Victory Lane at Phoenix, looking to better a 2nd place finish in the Spring.  He’s been knocking down all sorts of short tracks recently though, does he notch another shorty today?

Coverage of the race starts on NBC at 2:30pm, green flag scheduled for 2:35pm.