More Classic Content added to the Wrestlevision on ROKU Channel

Click here to read about the Original Ten episodes

Scotty Bender and Ivan the Impaler on set for the filming of Wrestlevision 3.0 – in July 2019

Official Description: Wrestlevision returns with new episodes for 2019! The guys kick off Wrestlevision 3.0 with ‘Viewer Mail’ while Private Party takes on To Infinity & Beyond. Plus, Brandon Thurston battles Frankie Feathers

What to Watch for:  Wrestlevision returns to TV, airing during the month of August on WROC-TV in Rochester – it’s not a clip-show, it’s all new content!  Featuring matches from Empire State Wrestling in Buffalo – with the talents of Private Party (seen on All Elite Wrestling) taking on Cheech and Colin Delaney (‘To Infinity & Beyond’).  It’s a great match from ESW’s debut show in the Rochester market.  Meanwhile, ‘Viewer Mail’ – one of the recurring bits from Wrestlevision’s original 5 year run – takes center stage. Special appearance by Mike Champion!

The logo for SinKaren Broadcasting, the fictional new corporate overloads of the TV show, Wrestlevision. Not to be confused with any other companies…

Cheech, from To Infinity & Beyond, executes a leg-sweep DDT onto Private Party

What to Watch for:  An original ‘Viewer Mail’ episode, featuring Handsome Randy as co-host.  Some classics bits, including matches with two WWE stars in action.  From the heyday of the Wrestlevision run, matches come from 3 different feds – Upstate Pro Wrestling in Rochester, Empire State Wrestling in Buffalo and Neo Spirit Pro in Niagara Falls, Canada.

Official Description: Scotty Bender is joined by Kamala’s handler, Dim-Chee for this special episode! See Kamala, outside the ring, go ‘Duck Bowling’ and inside the ring, the Ugandan Giant teams with Crazy Steve to battle the Highlanders, with Jimmy “Mouth of the South” Hart. Plus, Cody Steele versus ‘Dangerboy’ Derek Wylde.

What to Watch for:  An all-time great episode, with footage from Oshawa, Ontario, Canada and Warrior 1 Wrestling.  The night before the big show at the Oshawa Civic Center, Warrior 1 held an event at a local bowling alley, and Kamala the Ugandan Giant stole the show.  The role of ‘Kim-chee’ that night, as well as co-host for this episode, was played by Irish Dan Murphy, a senior writer for Pro Wrestling Illustrated.

Check back next week for the latest “Classic Content” to be added to the Wrestlevision Roku channel.

And – special announcement alert – the next new episode of Wrestlevision 3.0 airs Saturday August 17th at 2 am on WROC.  Tune in for a special look at Grapplers Anonymous, a pro wrestling training school and gym, in Lackawana, NY. 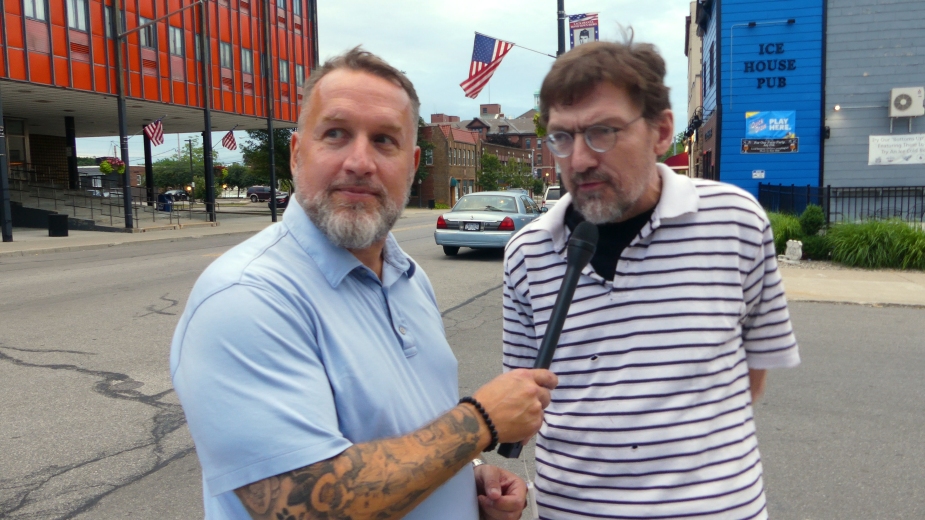 Scotty Bender and Ivan the Impaler from Victory Ave. in Lackawana, NY