Kyle Busch returned to Victory Lane last week in Bristol.  His brother Kurt (who finished 2nd) admitted that he would’ve wrecked him for the Win if he had a chance.  Joey Logano led Stage 2 (racking up those Playoff points), and Ty Dillon took Stage 1 home.  Ryan Blaney led the most laps with 158, but we don’t expect him to spend that much time up front today..

Mobil 1 – .@KevinHarvick’s got Mobil 1™ technology in his engine and performance on his side for tomorrow’s showdown at @RichmondRaceway. (Source: @Mobil1)

–Kevin Harvick is on Pole for tonight’s race, and and he’s one of a number of drivers who could find himself with a nice trophy at the end of the night.  Sure, anyone has a shot any week, but would you believe that only Joe Gibbs Racing Toyotas and Penske Fords have won Cup races this year?  It’s true.  Harvick scored a 5th last Spring, and a 2nd in the Fall.

–Erik Jones had the speed to provisionally line up outside the #4, but he failed inspection on Saturday.  Jones placed 13th and 11th here last year, though he pulled down a 6th in the Fall of 2017.  Jones has teammates who know their way around here in Kyle Busch, Denny Hamlin, and Martin Truex Jr, so we’ll see if that trickles down to the #20 tonight and if he can rebound from the setback. 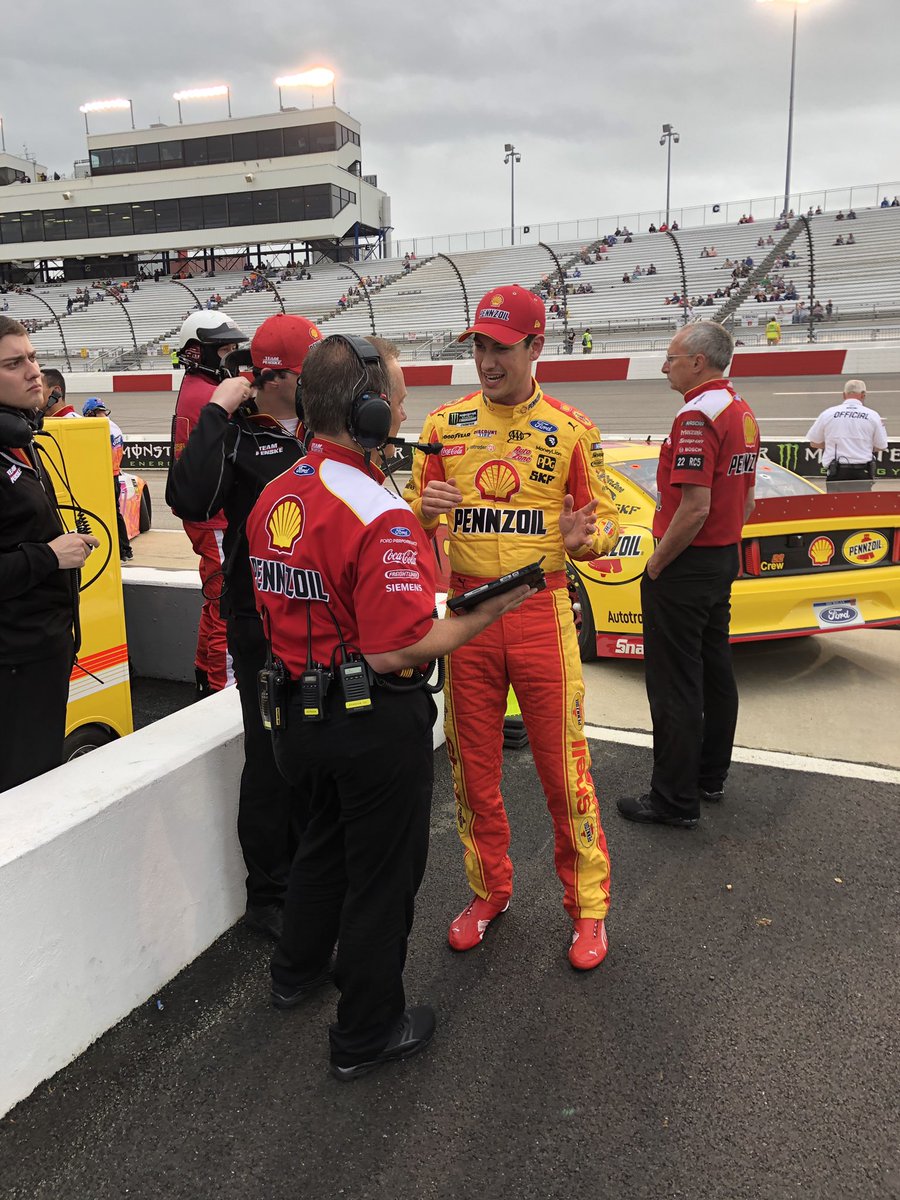 Joey Logano – Our 22 @shell @Pennzoil @FordPerformance team will be starting on the second row p4 tomorrow night under the lights at @RichmondRaceway (Source: @joeylogano)

–Joey Logano is our best driver over the past ten races here, nine Top 10s with a 5.6 average.  Last Fall was actually his worst effort in that time, a “lowly” 14th.  He last visited the Winner’s Circle in the Spring of ’17, and was there again in 2014.  Logano starts 4th tonight. 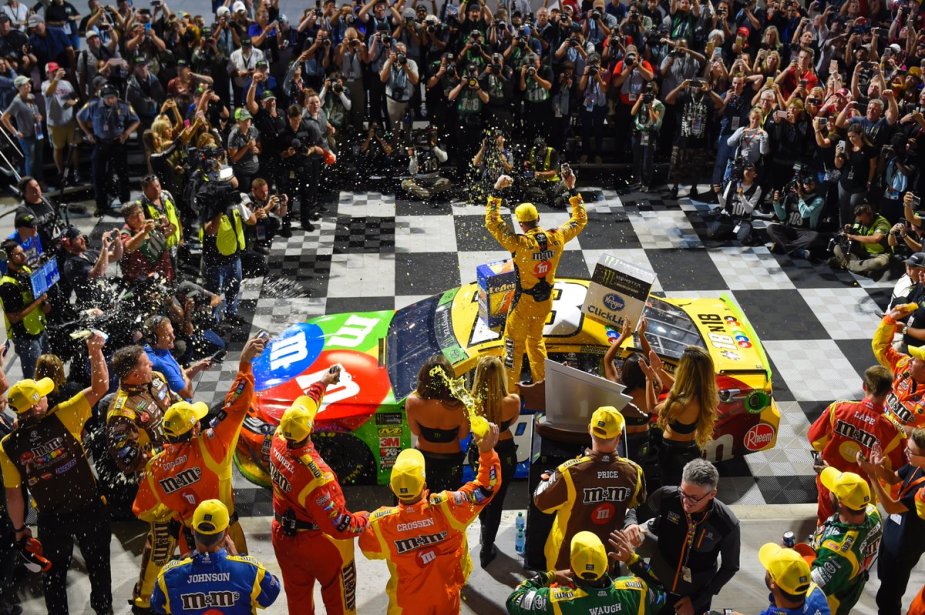 Kyle Busch – Got to be the first to visit the new Victory Lane at @RichmondRaceway last fall. If you have a FanGrounds pass you’ll be able to get up close after the #ToyotaOwners400, hopefully we’ll see u there! 🏁➡️ http://bit.ly/Kyle18RR (Source: @KyleBusch)

–Kyle Busch won both of the Richmond races last year, and he’s coming off a solid run at Bristol.  Can anyone stop him?  He won’t have much traffic to cut through as he starts 5th tonight.  Through the last ten races here, he’s averaging an excellent 6.3 finish.

–Aric Almirola is our darkhorse pick for this week.  He had a 17th in the Spring, and then a 5th in the Fall which is good, and those may not knock your socks off..but he was 4th among all drivers as far as “earned points” goes.  In those two races, his average running position at the end of Stage 1 and Stage 2 was 3.5.  Those are hidden points that aren’t so explicitly revealed with “he finished 17th.”

Coverage of the race starts on FOX at 7:30pm, green flag scheduled for 7:44pm.