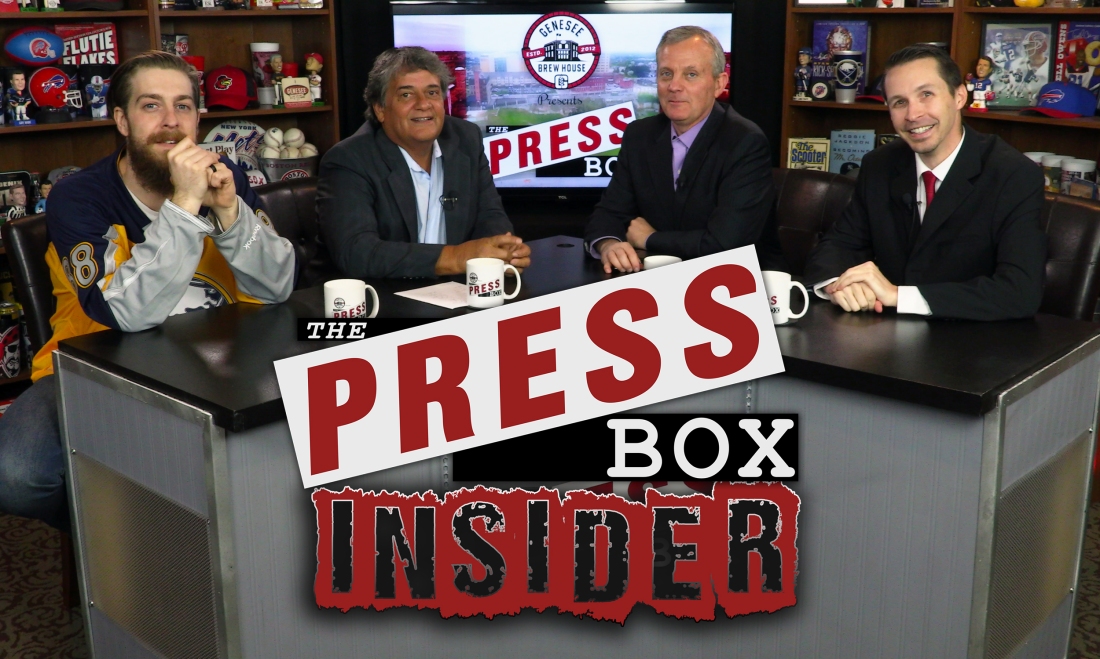 Nate was last on the show August 18.  He’s the perfect guest to come on the program to discuss the World Series, as he actually has a World Series ring from his time with the Kansas City Royals organization.  Plus, he’s a die-hard baseball fan.

So we begin with everyone’s thoughts on the World Series.  Consensus among the panel?  Baseball games are too long.  Hard to argue that games aren’t longer than they used to be, but one could certainly argue whether more of a good thing is a bad thing… Oh, that baseball game that went 18 innings?  IMHO, fantastic.

Next, is our traditional Buffalo Bills segment… Where do we begin?  Derek Anderson is now out with an injury, and Nate Peterman is back as the Bills number 1 choice as QB.  It makes no sense with our panel, and they spend a good amount of time trying to figure out where it all went wrong.  This segment could have gone on another ten minutes…

Our NFL picks competition is heating up a bit, with Bill and Mike now tied, and Pat straddling the 500 mark for the 3rd straight week. 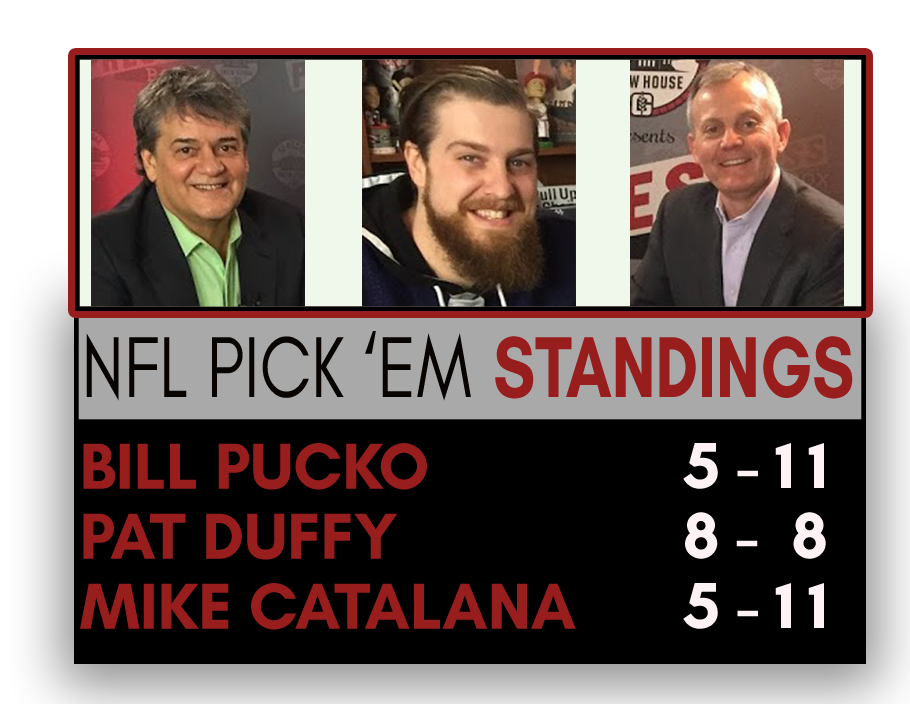 Like it or Not revolves around the Winners and Losers of the NFL Trade deadline.  Of course, it goes without saying, the real winners are our loyal viewers… and the Eagles.

Pat kicks off Unfinished Business with something to say to Jim Boeheim.  You remember what Boeheim recently said about the idea of paying college athletes, right?

These 17-year-old kids are getting a $75,000 scholarship. And they compare that to a coach making all this money. What’s the comparison there? I’m a grown man. I’ve been working for 50 years. That’s just not a comparison. It makes no sense.  You might as well say that NBA players aren’t making enough money because the owner’s worth $2 billion. So the players should be making more money. It just makes no sense. – Jim Boeheim, Syracuse.com

Nate Rowan is next, and the funny thing about Nate… well, we call him “One-take Nate”, but also… he’s got the fever.  The Sabres are back, kinda.

Mike Catalana closes the show with his take on the Warriors.  Golden State has been the dominate NBA team for awhile, and Mike doesn’t see that changing anytime soon.

That’s the show for this week.  Thanks to Nate for joining us.

Tune in to the Press Box every Sunday – we are now on the CW Rochester for the fall, same day- Sunday, and time- 10:30am, and check local listings for other airings.  You can always catch the latest episodes on the Classy Wolf Media youtube page, which you should definitely subscribe to. 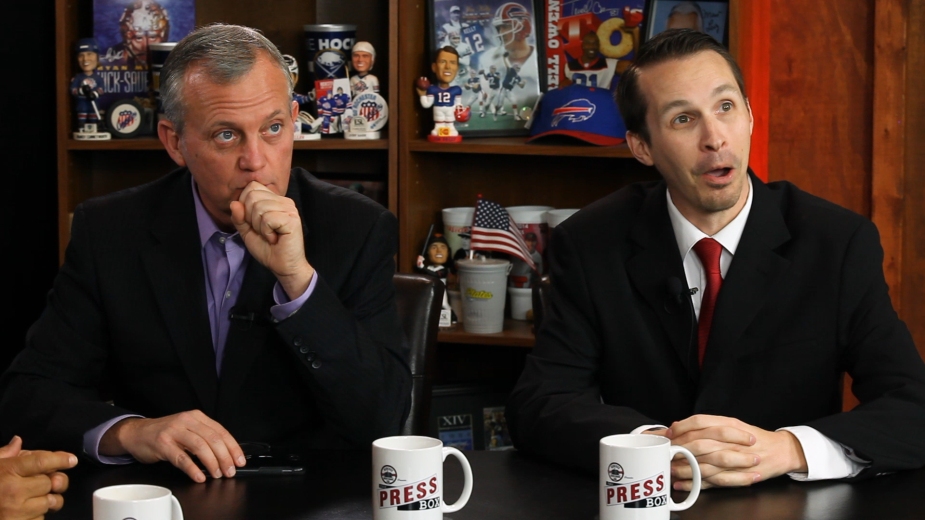