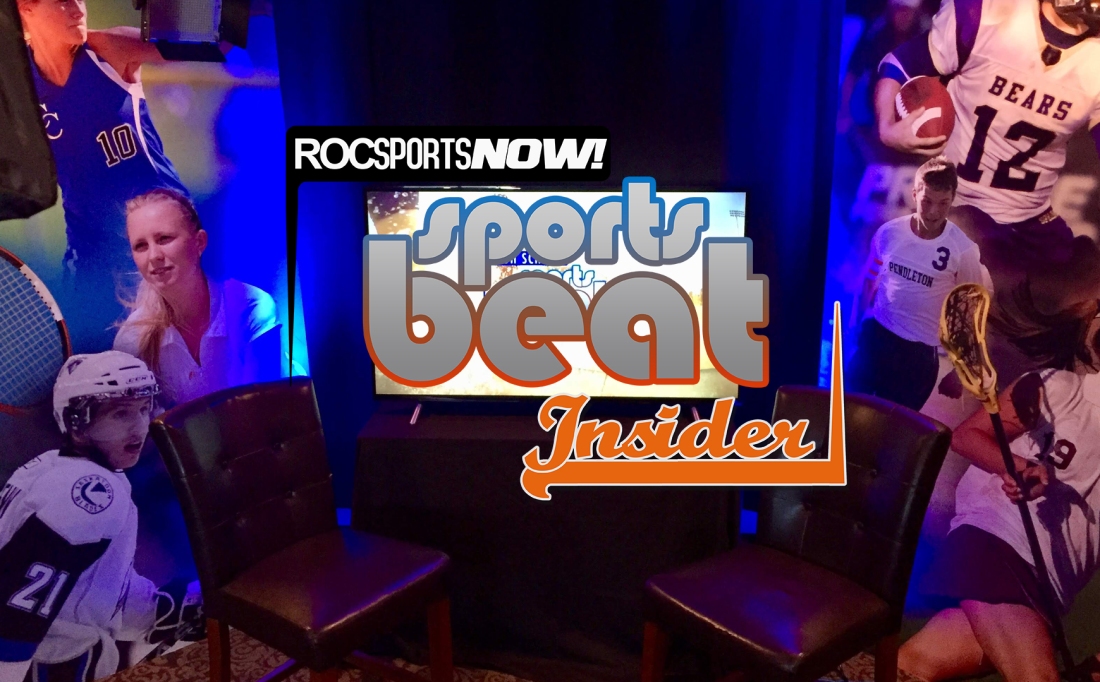 Welcome to the another breakdown of the Vision High School Sports Beat, your behind the scenes look at the production, from the producer and the shows many contributors.  It’s week 2 of the season, and Section V sports are kicking it into high gear.

We begin this week with the Churchville-Chili Saints.  There’s a new turf, and several new features, at the stadium in Churchville.  Since it took a year to complete the construction/renovations, the Saints have had to find alternate places to field their teams.  Last season, we caught up with the boys soccer team, while they practiced at Roberts Wesleyan College.  We also saw the football team last year, practicing on the grass field on campus – in the shadow of the stadium.  So, it was a long wait for the teams to return to their home field, and the community came out to support them.  The girls soccer team opened up the festivities with a game vs Spencerport.  The boys would play the Rangers afterwards, with a between game ceremony and ribbon-cutting to christen the new turf.

Paul Gotham brought you that story from Churchville, and he returns in the 2nd segment of the show for the Dunkin Donuts High School Notebook.  Paul, as you know, runs PickinSplinters.com  –  a site worth checking out, especially if your interested in section V sports.  This week on the notebook, Paul is talking with Dave Yates about Wilson Wildcats football, and the connection to Hilton boys soccer, among other topics.  Paul also has some updates on the future college plans for some section V athletes of note.

Next up on the show, is Making the Grade with Kim Berntson.  This week we honor Victor’s Katie Sidare – an athlete we also profiled this past spring as she led the Blue Devils softball team to a state title as a sophomore.

This is a good time to remind everyone, you can submit a nominee for Making the Grade, by emailing info@classywolf.com or you can fill out the contact form on this site.  We love to have parents, coaches and teachers contribute and recognize some of the outstanding work our student athletes are doing, on and off the field.

The McArdle’s Section V Spotlight is next… this is a chance to acknowledge some the on-field accomplishments of teams, players or coaches – and we also try to stay updated with how some of Section V’s athletes are doing in college.  Thanks to Paul Gotham again, for sharing the story of Mark Passero of McQuaid football, and his ‘Rudy’-like moment.

There’s opportunities here for someone to alert us of an achievement or event that we, or other media members, may have missed.  Let us know, and we will share the accomplishment!

Next on the show is the Varsity Media Section V Top 5 Football Plays of the Week.  There were several tough calls to make this week, as we have seen some great action so far this year.  Wilson, for instance, had 2 or 3 plays that could have made the Top 5 – and while they did not, the plays were shown during the Notebook segment.

For our next story, we traveled to Holley, NY to check in with the Holley Hawks, as they prepared for their first football game of the season.  The Hawks are one of 2 section V teams to go to 8-Man Football, the other being a combined team of Albert Finney & Northstar Christian.  It’s something new, in fact it’s believed to be the first time in Section V history.  The Hawks may be the one of the first, but probably not the last.  The future for 8-man football looks strong, as smaller schools look to continue football programs that otherwise may end.  Having watched the Hawks practice, I can see where the game may be much faster-paced/higher scoring, and a fun game to watch.

And that’s a wrap on week 2!  Be sure to check out the full episode– and tune in Every Saturday night on 13 WHAM after the late news, and on Sundays at Noon.

We leave you this week, with an Insider weekly feature – looking back at some of our stories from the past 7 years.   From November 16, 2011 – a Sectional Championship volleyball match-up between the Fairport Red Raiders and the McQuaid Jesuit Knights.  And, if a sectional title on the line isn’t enough… it’s also brother versus brother, with Fairport Head Coach John O’Dell versus McQuaid Senior Steve O’Dell.  To follow up on the story, Steve O’Dell has done a lot since leaving McQuaid.  He played volleyball for UCLA, but dropped out to start his own company, then another, and now is co-founder of Tenzo Tea, with 2010 Victor Grad and fellow UCLA bruin Robbie Page.