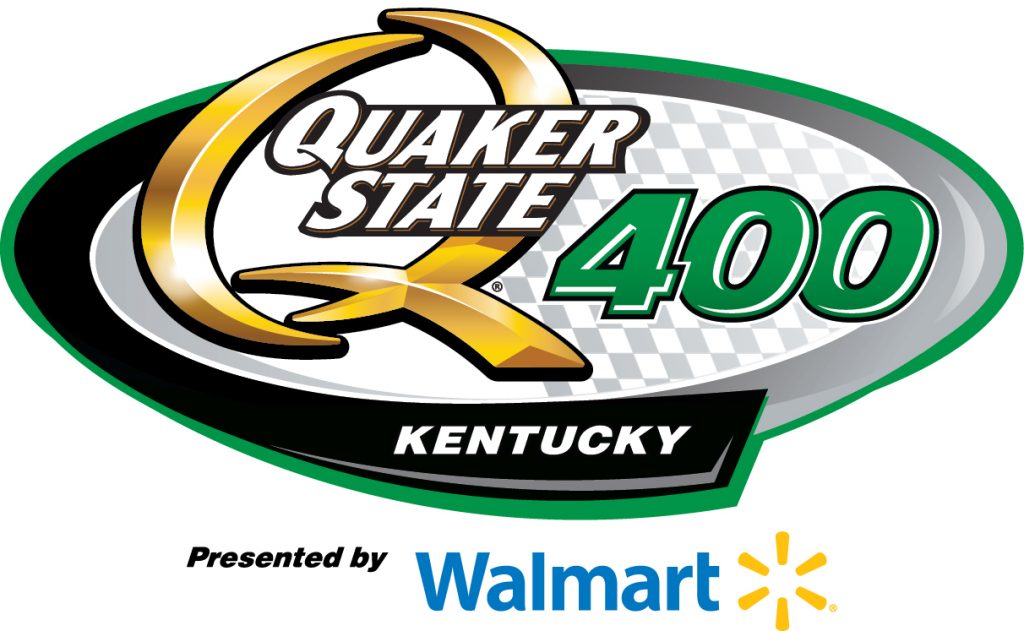 Kentucky Speedway, located in Sparta, is a 1.5-mile tri-oval, pretty close in configuration to Chicagoland, a track we visited just a few weeks ago.  Unlike nearly every other venue we visit, it is fairly new to the Cup schedule.  Added in 2011, there have only been 4 different winners to date.  Will someone new add their name to the recordbooks tonight?  We find out soon! 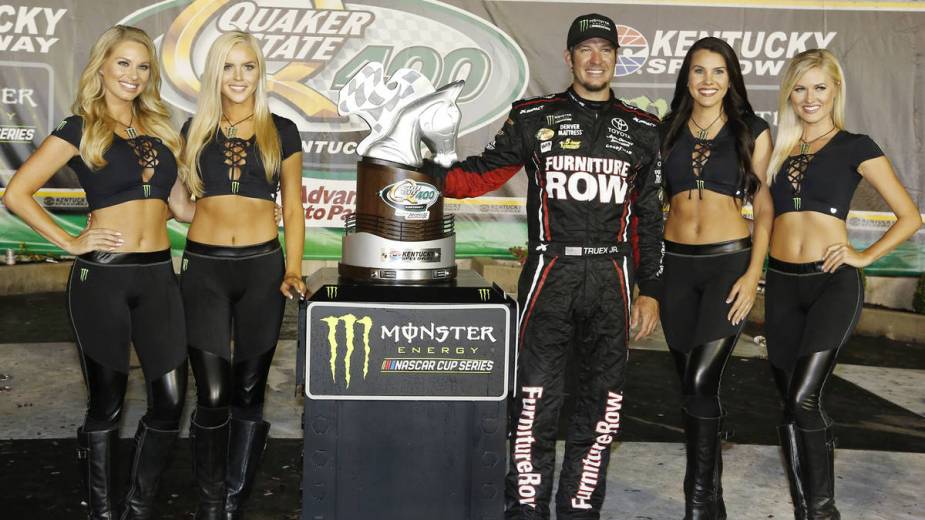 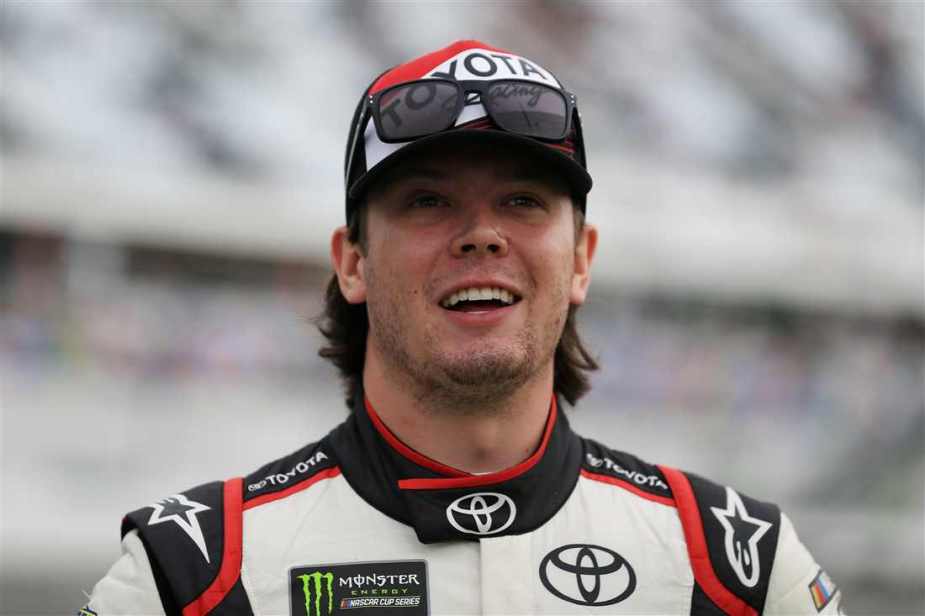 THAT JONES BOY CAN: With the monkey of a premier series win off his back, Erik Jones has a spot in the playoffs and some breathing room before the postseason kicks in. Momentum tends to be quite real in the sport, and the Joe Gibbs Racing driver plans on using that heading into Saturday’s race. He will also start on the front row alongside pole winner Martin Truex Jr. after a strong second-place qualifying run. With solid runs at Sonoma, Chicago and of course Daytona, Jones believes he’s on the cusp of big things. “I’m really confident, but, you know, I think overall it’s – for the young guys, for one of us to get a win is really important and hopefully I’d love to be the guy that gets some more,” he said. “I mean, I guess that sounds greedy, but, you know, you want to be the young guy that’s really taking the lead on it.” (Photo Credit: Sarah Crabill | Getty Images)

–Erik Jones, last week’s first-time winner at Daytona (we warned you it could happen!) starts Outside, Row 1 tonight.  He’s only had one run here, a 6th place finish in 2017.  In five Xfinity races at this track, he has three Top 5s. 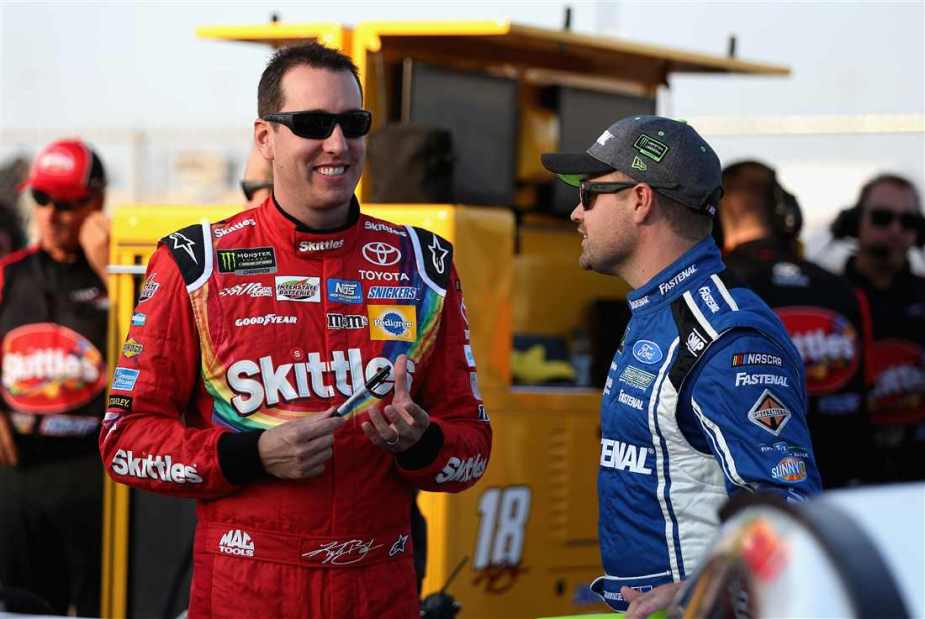 NO CRYING IN NASCAR: Following last weekend’s demolition derby at Daytona, Kyle Busch thought he would get a phone call from fellow driver Ricky Stenhouse Jr. In fact, the Candy Man figured the driver of the No. 17 would have a “busy Monday” apologizing to the (many) teams he wiped out of the race. However, Busch only heard silence from the Stenhouse camp — which resulted in the soundbite of the weekend at Kentucky Speedway. When asked if the lack of apology would affect how he raced the No. 17 in the future, Busch had a simple explanation: He didn’t have time to worry about cars that far behind him. Message has been sent. Will the message be received? (Photo Credit: Sean Gardner | Getty Images)

–Kyle Busch was our inaugural winner, and picked up another in 2015.  The best average finish of any active driver (5.1), Rowdy will no doubt be on a rail tonight, starting 5th.  For some added spice, or maybe a distraction, there’s some ongoing tension between he and Ricky Stenhouse Jr.  The driver of the 17 put half the field in the garage last week, and failed to reach out to Busch on Monday.  Dramaaa. 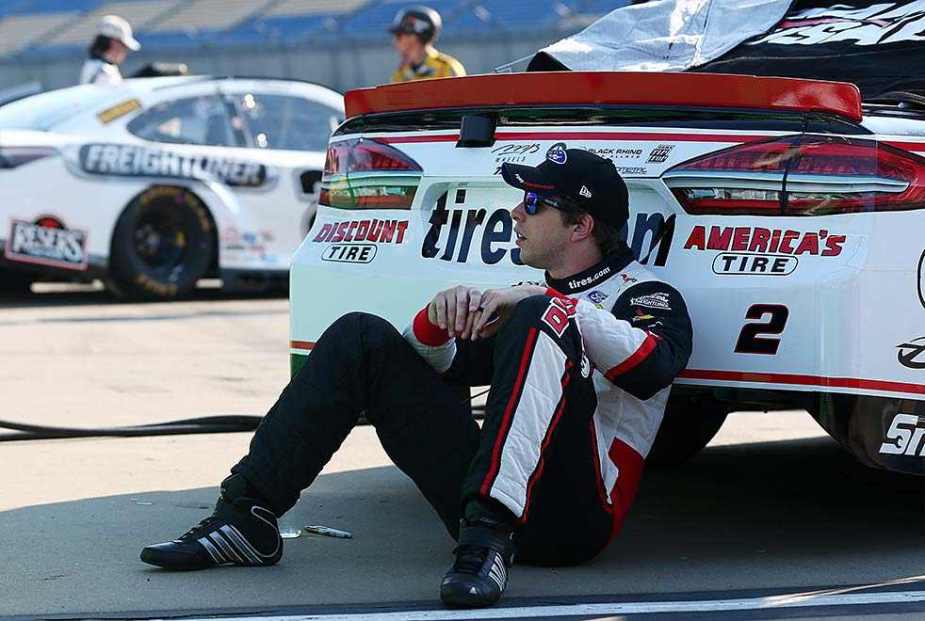 Brad Keselowski finds some rest and some shade behind his Team Penske No. 2 Ford before qualifying at Kentucky Speedway. (Photo Credit: Sarah Crabill | Getty Images)

–Brad Keselowski has the most wins of any driver here, three in the span of seven attempts.  Pretty impressive.  He’s won in 2012, 2014, 2016..and looks like he’s due for another today.  Keselowski rolls off 4th. 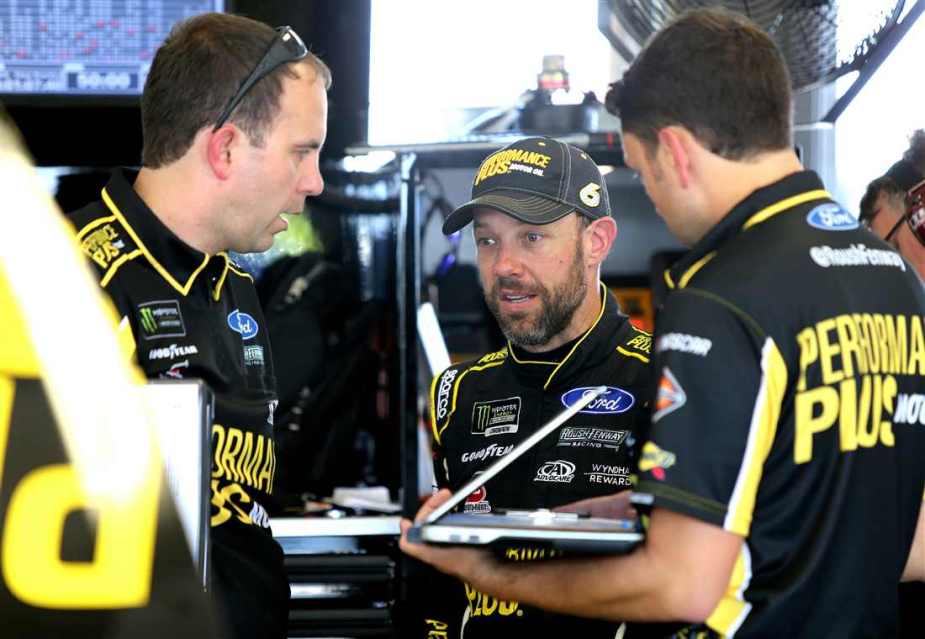 Matt Kenseth in the garage with the No. 6 team. (Photo Credit: Jerry Markland | Getty Images)

–Matt Kenseth, semi-active driver, is our only other winner at this track.  He notched his back in 2013, and brings a wonderful 6.9 average to dinner tonight.  We’ve been waiting for the elder statesman to really put together a solid run in the #6; this is his best track.  If it’s ever going to happen in 2018, it’s going to happen tonight. 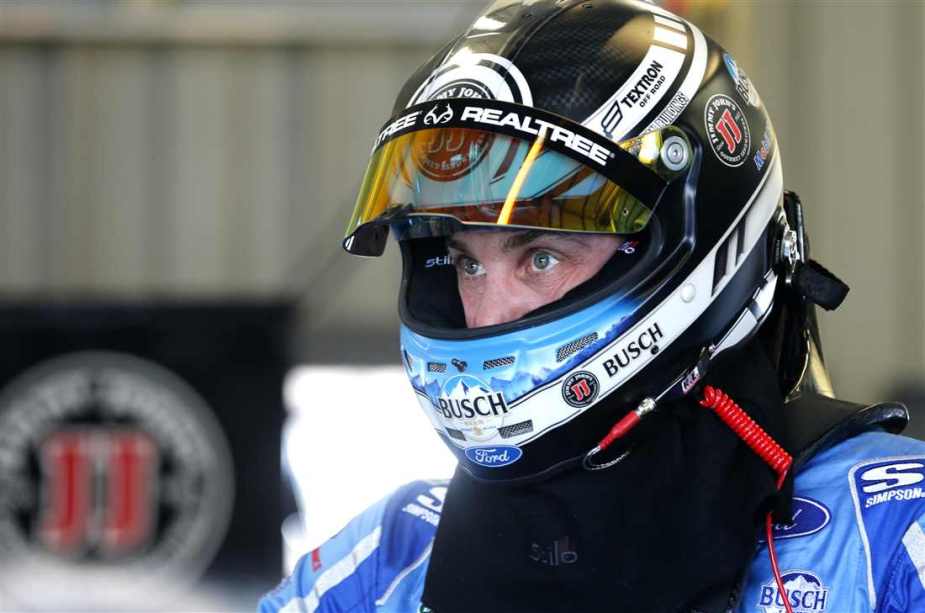 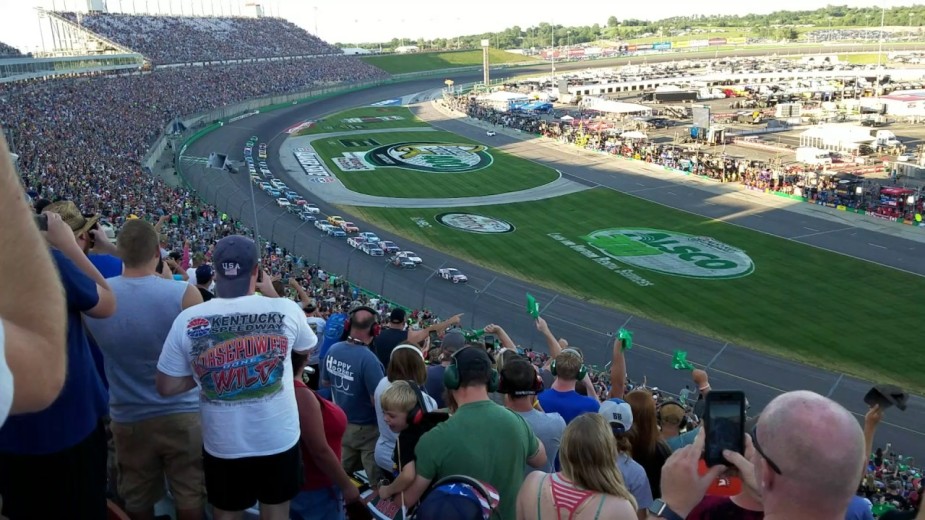 Coverage of the race starts on NBCSN at 7:30pm, green flag scheduled for 7:45pm.