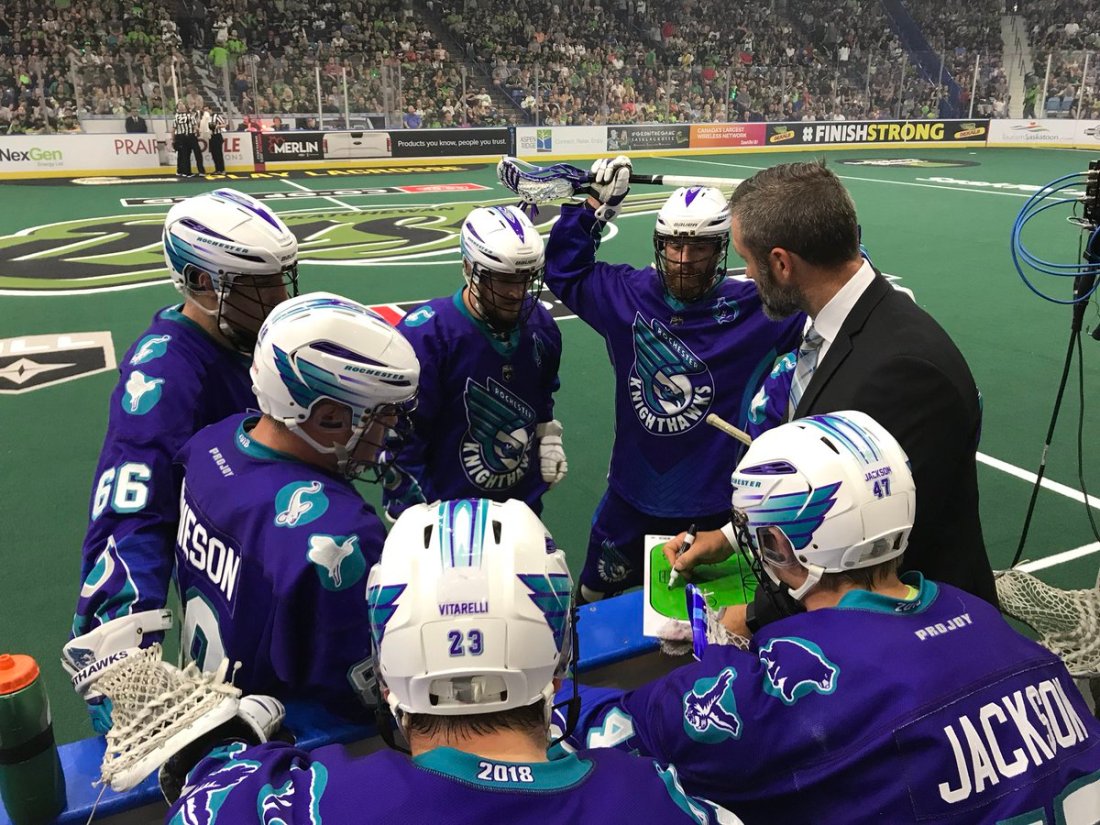 The first ever Game 3 for the NLL Championship came with a lot of drama, befitting of a new trophy.  As luck would have it, a brand new championship would be awarded to the winner of this game.  “Vinc v. Kirk: “Battle at SaskTel” seemed most likely to be plastered on the posters, though “Currier v. Shattler: Clash in Saskatoon” seems more appropriate now.

After a combined 46 goals in the first two games, and the seal broken 50 seconds in in Game 2, not many would’ve expected nearly the entirety of the 1st Quarter of Game 3 to go by without a goal.   It was “all goalie” for the most part (Matt Vinc and Evan Kirk earning their paychecks early), and a little bit of defensive iron, the pipes turning away a few attempts.  With just 44 seconds to go, Josh Currier opened up the scoring with a savvy headfake, and a 1-0 lead into the break.

Start of the 2nd, Saskatchewan would answer back in just 25 seconds with a tally by Jeff Shattler.  A few more goals from the home team before regular season record-holder Joe Resetarits scored another for Rochester.  Austin Shanks would follow up with a shorty, quelling the crowd’s fire a bit.  The points came in chunks in the 2nd for both teams, much higher production and a 6-4 Rush lead headed to the half.

With 10:39 to go in the 3rd, Currier buried another one to bring the score to 6-5.  A minute and a half later, Shatty got a hatty for the Rush, pulling back out to a 7-5 lead.  Currier notched a hat trick of his own with 5:32 to go, knotting the game at 7.  15 seconds later Cody Jamieson pulled that string to go up 8-7 (and a hat trick for him, too).  The Knighthawks picked up a penalty on the celebration when a Saskatchewan player chirped just enough to get knocked down.  The result would be another Shattler goal.

10-8 to start the 4th, and that two-goal margin followed briefly until Rochester pulled back within one on a 4th strike from Currier.  6:22 to go and the Rush crept back up to a three-goal lead, 13-10, and things just unraveled beyond that point.  A 15-10 final in Saskatchewan, the Rush are your 2018 NLL champs.