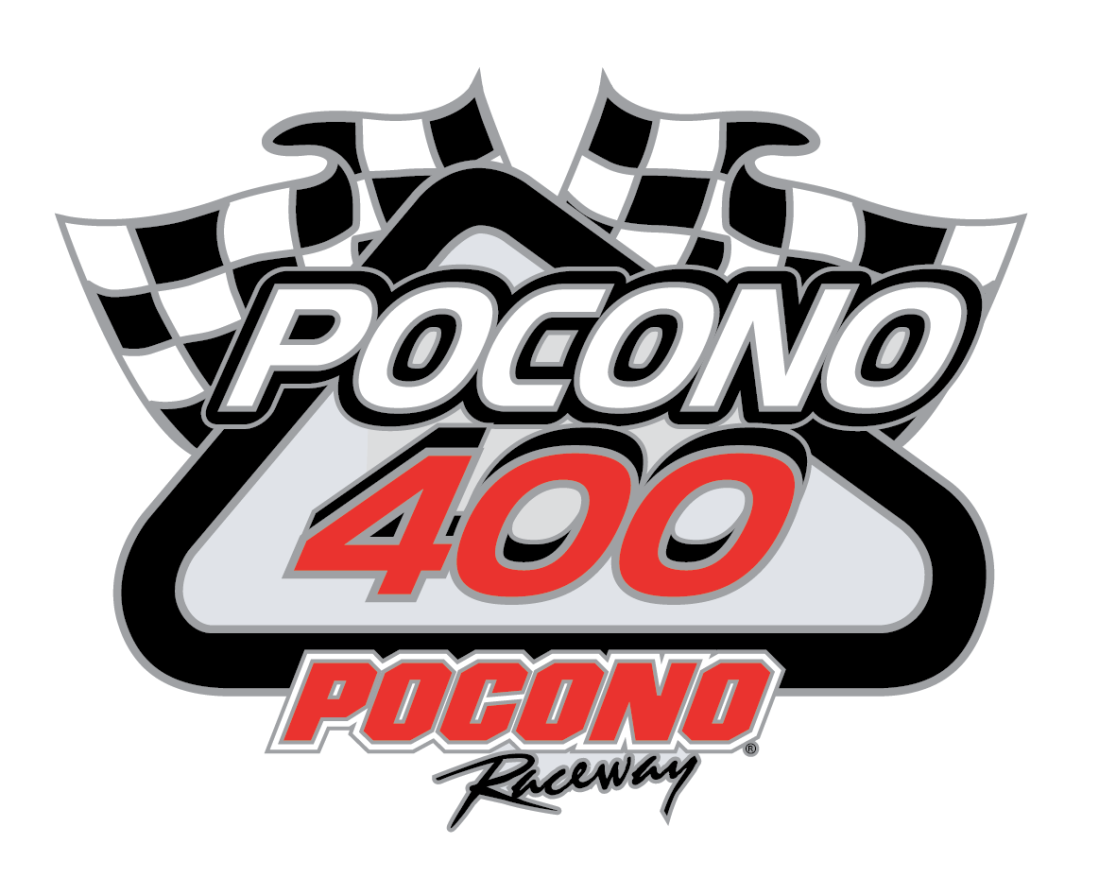 Pocono Raceway — “The Tricky Triangle” — is a track unlike any other..in that it was modeled after three of the toughest turns in motorsports: Turn 1 after Trenton Speedway, the “Tunnel Turn,” Turn 2, 90 degrees after Indianapolis, and Turn 3 after The Milwaukee Mile, each of which comprised of different bankings as well.  And what about Turn 4?  “What Turn 4?,” the track’s rebuttal, and painted on the wall before the frontstretch begins anew.  At 2.5 miles, Pocono has some of the longest straightaways on the circuit, including the aforementioned 3,740 foot frontstretch.  The length of these straights and the unique turns also allows drivers to shift gears, something traditionally reserved for road courses.  If there ever was an amalgam of oval and road course, Pocono is it* (for now, until that Charlotte Fall race..). 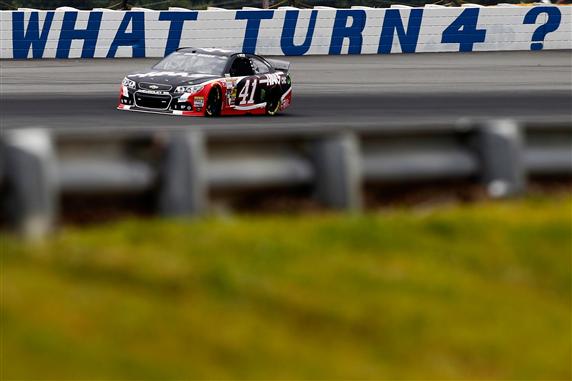 Kurt Busch getting through that area between the end of Turn 3 and the start of the frontstretch. He could be one to watch today, too — Honorable mention! (Photo – robertsnascarnotes.blogspot) 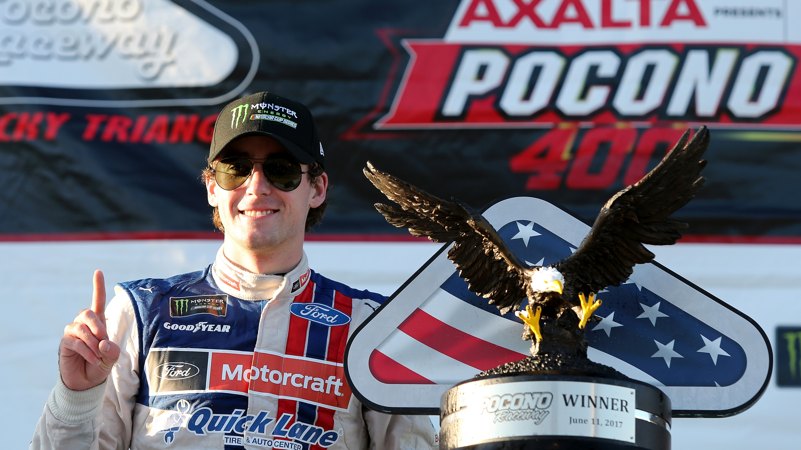 –Ryan Blaney won here last year, and will start from Pole today.  He followed that up with a 30th in the Fall starting from the 5th position.  It was no easy feat to knock off Kevin Harvick and Kyle Busch in Qualifying (more on them later), so we expect him to have a quick ride when it counts most. 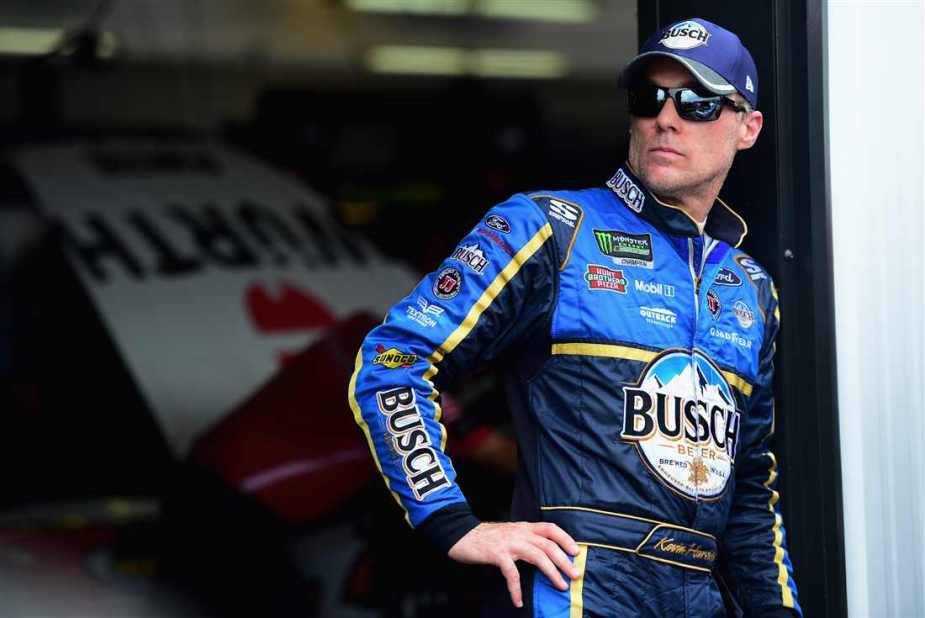 –Kevin Harvick finished this race last year looking at Blaney’s rear bumper, and now he’ll start outside of him on Row 1.  Harvick ran runner-up twice in 2017 at Pocono, a shortcoming he hopes to remedy in 2018.  He’s been hotter than molasses on the 4th of July recently, the lone transgression a crash in last week’s Coca-Cola 600. 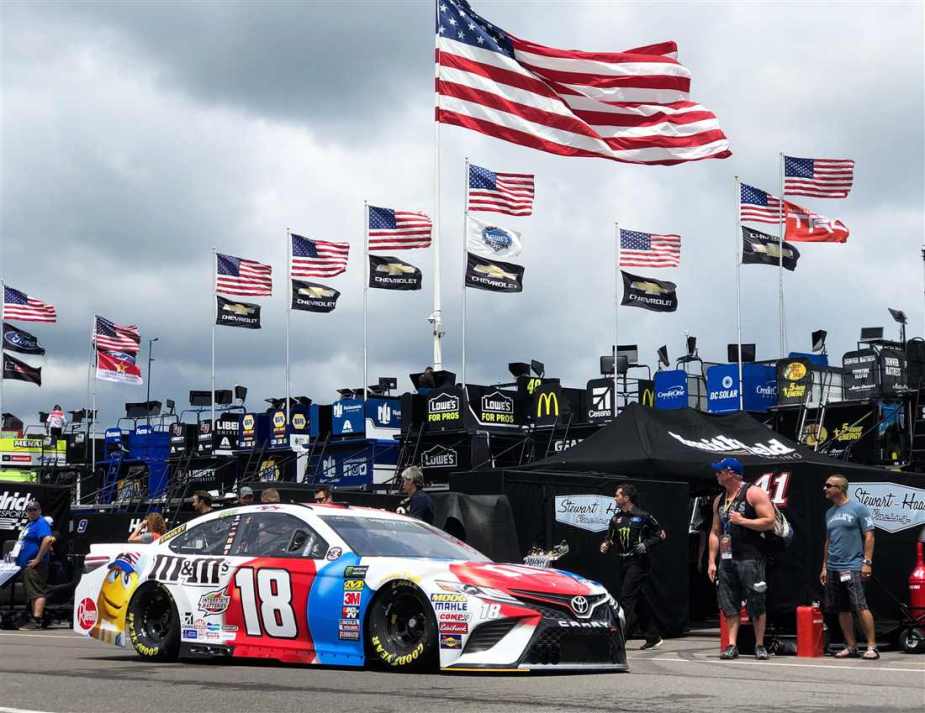 –Kyle Busch led all drivers in points acquired last year, 97 after a 9th in a the Spring and then a win in the Fall, both from Pole; today he starts 5th.  And for anyone who thinks he may’ve forgotten how to get around this place, he won the Xfinity race yesterday. 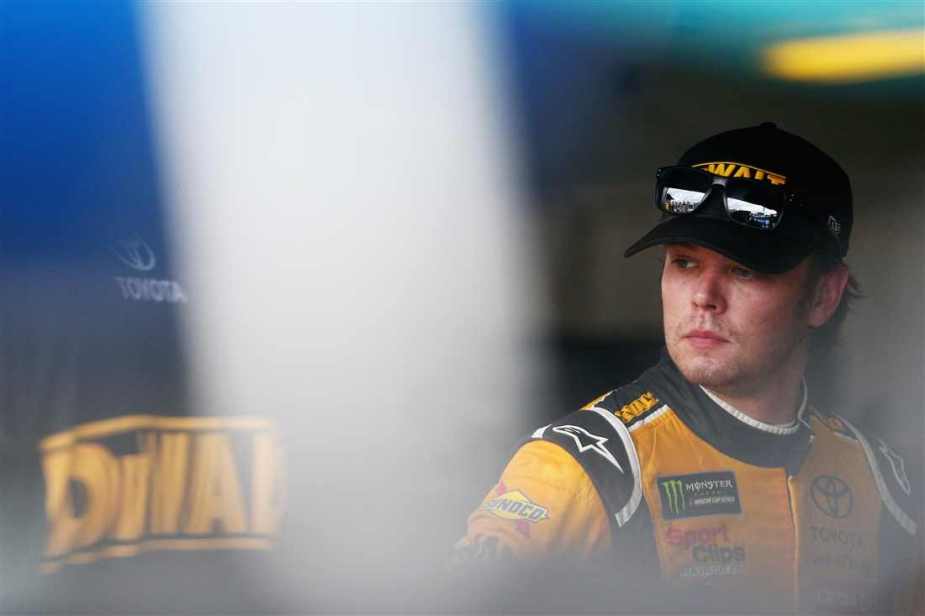 Erik Jones, driver of the No. 20 DeWalt Toyota, stands in the garage during practice for the Monster Energy NASCAR Cup Series Pocono 400 at Pocono Raceway on Saturday. (Photo Credit: Sarah Crabill | Getty Images)

–Erik Jones has just two starts here in the Cup series, but he’s placed in the Top 10 both times.  A 5.5 average for the young Gibbs driver, though he’ll have to work his way from the back, failing to get out of Round 1 in Qualifying. 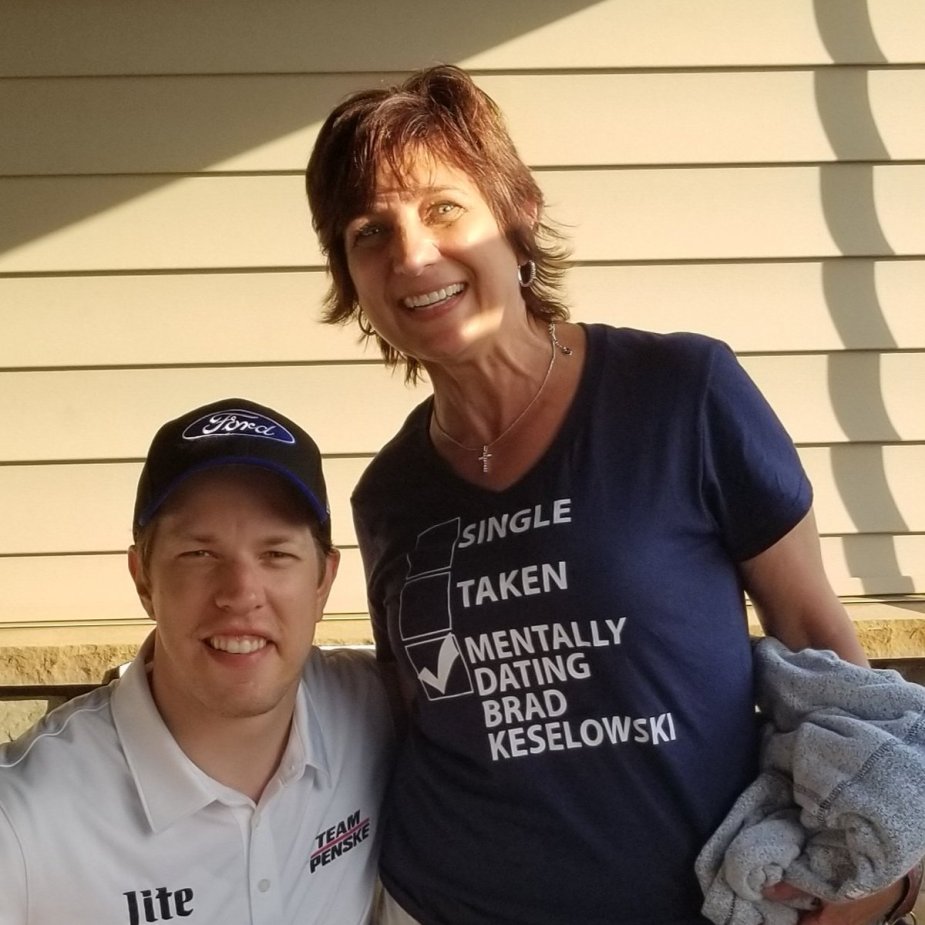 –Brad Keselowski finished 5th in both races last year, so it makes the most sense to have him close out our listing here today.  He carries a 10.5 average finish, 2nd best among active drivers.  In 16 attempts, he’s got eight Top 5s.  Pretty sporty. 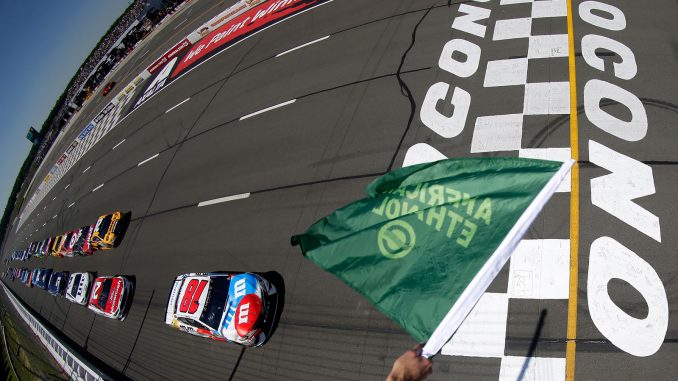