Richmond is a place that many fans call their favorite: it’s small enough that you can see everything, big enough so you don’t feel like they’re driving in a lunchbox, and the action is thick all over the place.  Last week we talked about the possibility of a helmet being thrown at Bristol — punches have been thrown after Richmond.  Not that we’re hoping for that (not all of us, anyways), but just know that the threat is there.  No, there is some good racing ahead of us, and the Toyota Owners 400 is back on Saturday night, under the lights, after the Sunday afternoon experiment of last year didn’t go as well as they hoped. 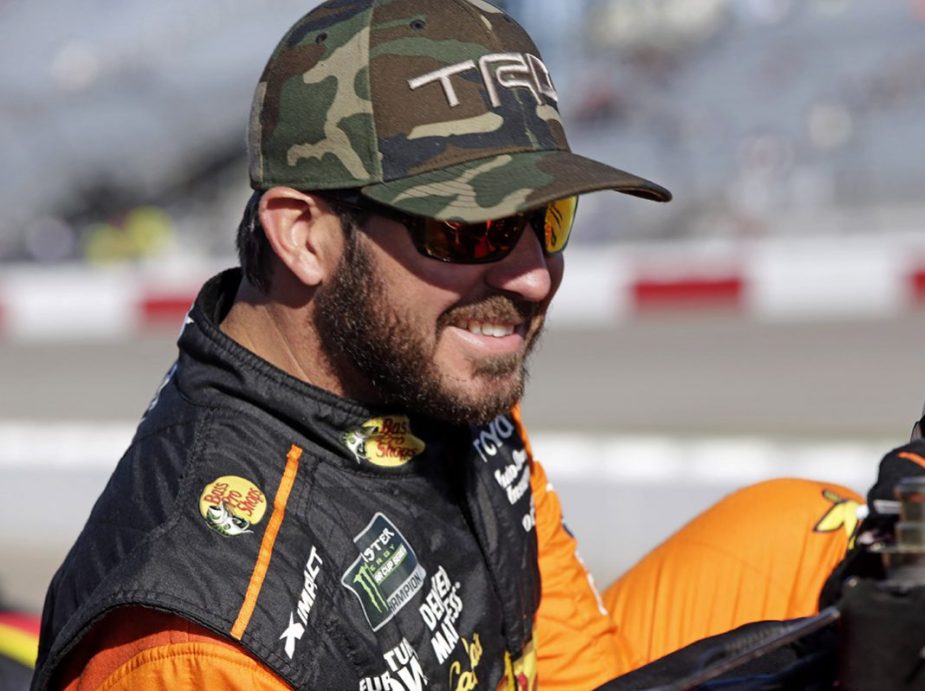 Martin Truex Jr. won his 3rd Pole of the season on Friday at Richmond. (Photo by HHP/Alan Marler)

–Martin Truex Jr. earned the Pole on Friday night, starting out front at a track that really isn’t that good for him.  His bread is buttered on those 1.5-mile intermediates, Richmond is a .75-miler, bigger than both Bristol and Martinsville but smaller than the rest.  Last year he started 3rd and 5th respectively..and turned those into a 10th and a 20th.  A -22 differential on the two races combined, among the worst of his performances last year (trouble at Indianapolis, Talladega, and Sonoma as well).  Starting out front isn’t a problem for Truex, finishing there is.  We’ll keep an eye on the #78.  Go get ’em, Martin! 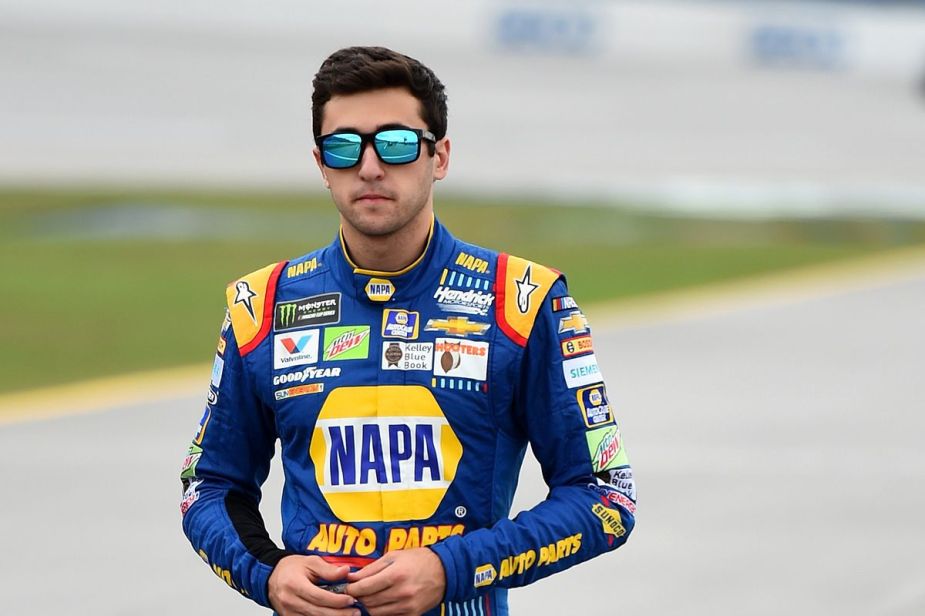 Chase Elliott has yet to get things going in 2018, though there have been glimmers of brilliance.

-Outside Pole is Chase Elliott.  Nothing to really write home about from his travels in 2017 as far as this place is concerned, though he did notch a 3rd from 3rd at Phoenix earlier this season, the track that is closest in layout if there ever was one.

-This is Denny Hamlin’s home track.  He’s won 3 times and holds a 9.6 average finish.  He’ll start close to the front (4th), and and has placed 6th or better in each attempt since the Fall of 2015.  The Chesterfield, VA native will be a contender for the checkers in this one, no doubt.   (Pictured above: He got the weekend started early with a Friday night win over Cup teammate Kyle Busch in the Denny Hamlin Short Track Showdown in Hampton, VA.  They could very easily run 1-2 again Saturday night in Richmond.) 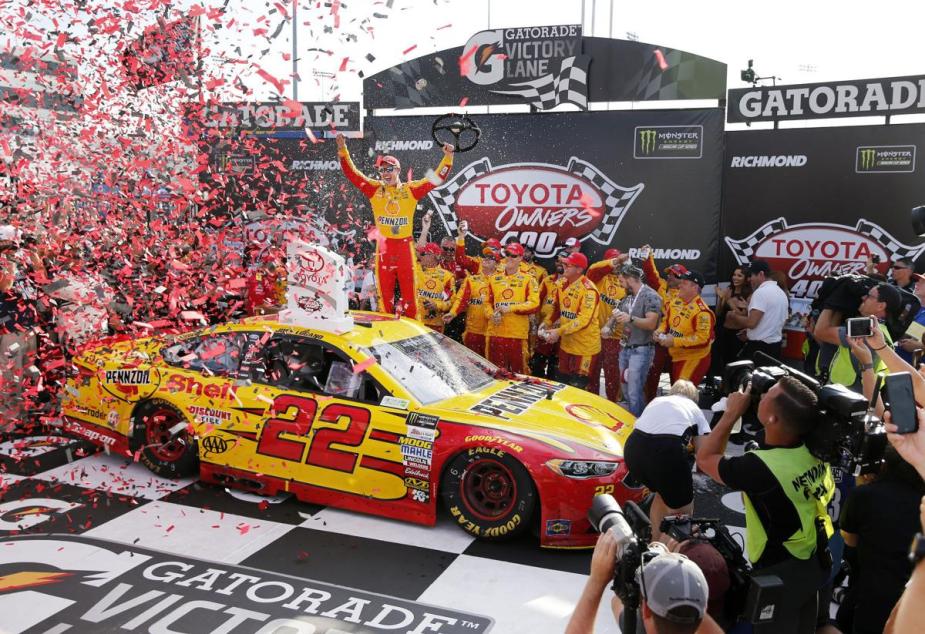 Joey Logano’s 2017 win was held up after failing a post-race inspection.

–Joey Logano’s sole 2017 win left him feeling a little empty inside.  An asterisk and “encumbered” next to that victory held him out of the playoffs, but he had a shot to get in late in the season.  At the Fall Richmond race, he nearly roared all the way back to silence the critics, but fell just short and came home 2nd.  He rolls off 3rd tonight.

–Kyle Busch boasts a 7.4 average finish here at Richmond, his 2nd best in that category (Kentucky: 5.1!), and is his 2nd most winningest track, too (after Bristol, which he moved from 6 to 7 on last week).  Qualifying did not go according to plan though, buried deep in the field, trudging through from 32nd.  Of his 4 wins, the farthest back he’s come from is 20th.  He did have a 34th and 32nd before that yielded a 2nd on two occasions though, so we know he can get up there.

“Quick” turnaround here, less than 12 hours before this one gets going.  Coverage of the race starts on FOX at 6:30pm, green flag scheduled for 6:44pm.